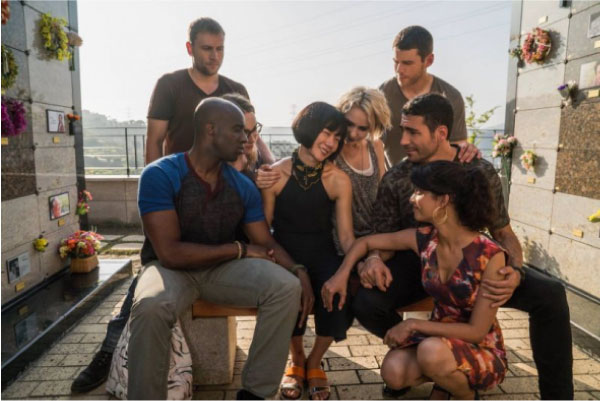 Many fans were upset when it was announced that ‘Sense8‘ was canceled by Netflix. But while speaking at a Television Critics panel co-star, Naveen Andrews assured fans of ‘Sense8‘ that they will be satisfied by the ending and that the stories will be wrapped up.

“I think in terms of the push we put into it, they should be happy with [the special],” the actor stated. “There is a satisfying ending to it.”

Andrew also hinted that his character Jonas would likely reunite with Angelica (Daryl Hannah) and also thanked the fans who helped bring back the show for a two-hour special. It took two months after the cancellation for Netflix to let them know that there would be a proper finale, but that’s because it took fans two months to convince Netflix. It just goes to show you the power of fandoms is stronger than even networks want to admit.

Netflix, however, has yet to announce a specific date for the ‘Sense8‘ 2-hour special, but it did release a first look video from filming.

‘Sense8‘ follows eight people who can connect to each other mentally and metaphysically from around the world. The sensates’ lives intertwine, and they try to save each other from those who see them as threats.

Are you happy it’s getting a proper send-off or are you still mad at Netflix for the cancellation? Let us know in the comments below.