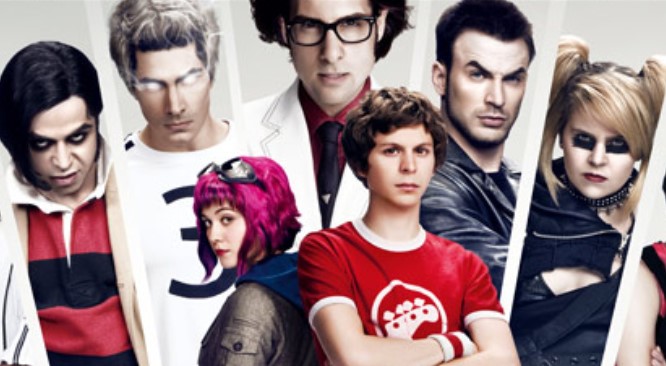 Scott Pilgrim vs. The World turns 10 this year, and though we probably won’t get a theatrical re-release because of COVID-19, Edgar Wright and the cast have come together to do a charity table read of the film for waterforpeople.org.

Watch the cast of ‘Scott Pilgrim vs. the World’ reunite to do a table read of the cult classic film 10 years later. Go to https://www.waterforpeople.org/pilgrim/ to donate and to enter a raffle to win the drawing in the video.

What’s great is, Wright was also able to include screenwriter Michael Bacall and creator Bryan Lee O’Malley to participate in the reunion. While there are some missing faces from the original film (like Brie Larson), the reunion still managed to nab some big names like Chris Evans, Anna Kendrick, and Brandon Routh.

While the movie didn’t make bank in the box office when it came out, it managed to become a cult classic today, and almost everyone in the cast has gone on to do better things. I can just imagine the money it would take to bring everyone back together for the reunion—it would probably cost the budget of an Avengers film.

We don’t know what’s nextfor Scott Pilgrim officially, but Wright had teased before that an anime series is in the table. After reading the comic, I can say that the movie definitely trimmed out a lot of things. Hopefully we get a more faithful adaptation when it comes to animation—if it ever happens, that is.