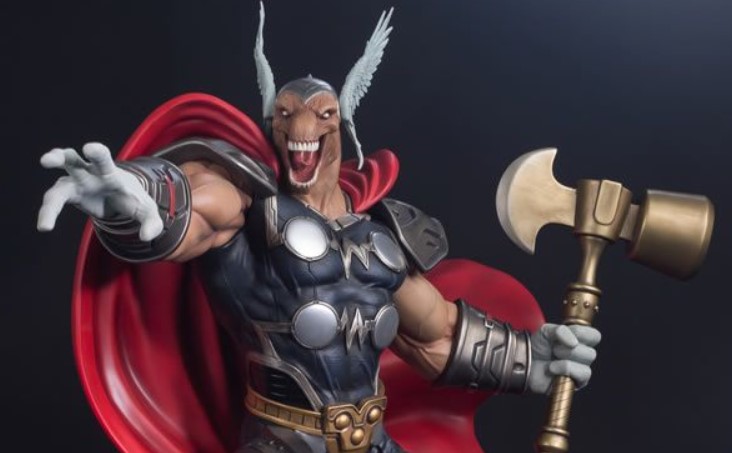 The Guardians of the Galaxy franchise has always managed to introduce to us kooky characters from Howard the Duck to Rocket Raccoon, and with Thor joining their ranks in Avengers: Endgame rumor has it that an ally of his from the comics will be making an appearance in Guardians 3.

According to We Got This Covered, some sources say that GOTG Vol. 3 will be introducing the horse-faced Beta Ray Bill. In the comics, Bill was conceived as a monster who would turn out to be a good guy, even worthy of wielding Mjolnir.  He eventually gets his own weapon Stormbreaker, which as we all know turns out to be the weapon that Thor receives in Avengers: Infinity War.

With Adam Warlock being set up in the last movie, it’s a surprise that the film might also include Beta Ray Bill. For now nothing has been officially confirmed, but it seems likely with Thor setting himself up to find out who he is, and Bill could be a great foil character. Maybe he can even wield Stormbreaker in the movie with Thor getting a new weapon in the form of Jarnbjorn, or maybe a new Mjolnir.

As far as casting goes, I’m sure it will be like Rocket or Groot where the voice actor will be the star and someone else filling in for the body double role. My choice would be to have Will Arnett voice the character, seeing as he plays another famous horse for Netflix’s BoJack Horseman.

No release date has been set for Guardians of the Galaxy Vol. 3, but with a production aiming to start in 2020, we could be looking at a release sometime in 2021.

Catch the Guardians in Avengers: Endgame now in theaters.