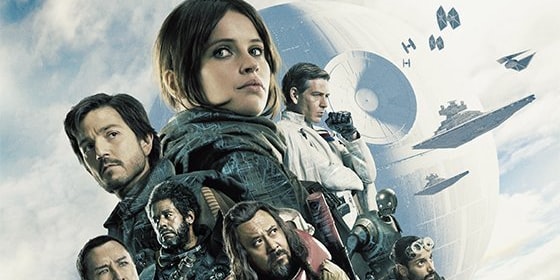 We were introduced to Diego Luna’s Cassian Andor in Rogue One: A Star Wars Story, and though Cassian may have died by the end of the film, he’s still going to have his own prequel series on Disney+. We don’t know which characters Cassian could run into in the show, but his Rogue One co-star is up for a comeback.

Talking to THR, Felicity Jones a.k.a. Jyn Erso, says that she’s open to coming back to Star Wars should she get the opportunity. When asked about coming back as Jyn, she says:

“I just keep saying that reincarnation is totally possible in the Star Wars universe. (Laughs). So, I feel there’s unfinished business for Jyn, for sure.”

As for what Jyn’s story could be about, Jones says she wants to explore an older and wiser version of the character. She says, “I think it would be fascinating to see her getting older and wiser and fighting the dark forces in the universe, of which there are many it seems.”

If you ask me, I think the character of Jyn Erso should very much stay dead, seeing as that was what made the ending of Rogue One so impactful. While it’s nice to think of Jyn surviving, her sacrifice, along with the rest of Rogue One, is only made meaningful because they really gave up everything for the cause. I think having Jyn suddenly be alive would undermine that.

Personally, I think the best option would be to have Jyn come back in a prequel series. I would love to see her in a Han Solo series where she teams up with Han working for Jabba the Hutt. It would be interesting to see her during her days working for Saw Gerrera and his partisans.

For now, fans are enjoying the premiere of The Mandalorian Season 2 now on Disney+.