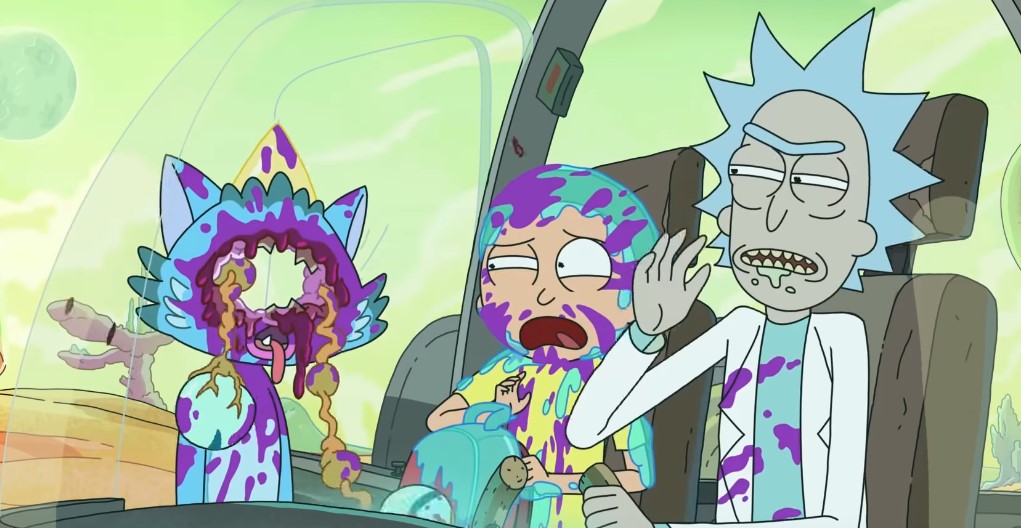 It’s been a long wait, but Rick and Morty fans are finally getting the fourth season this November. Just in, Adult Swim has dropped a trailer for Rick and Morty 4, and it’s filled with all the sci-fi hijinks that we all know and love, plus some callbacks to classic episodes.

While there are some episodes clearly nodding toward other pop culture materials like Indiana Jones and Akira, we do get some returning plot elements from earlier seasons. For one, the Meeseeks look to be making a comeback, plus we get Morty’s adventure card. While the series is usually episodic in nature, it’s cool to have some things comeback and return to some dark storylines.

Whatever happened to the Citadel of Ricks after it was taken over by Evil Morty?

For now, it looks like we’re only getting five episodes dropped—likely half the season. I’m sure some fans will see it as some kind of tease, but I guess the showrunners are pacing themselves when it comes to releases. I mean, we already have 70+ episodes greenlit for the show, so fans shouldn’t be too worried about cancellation again. If anything, I’m more eager to wait for quality episodes than get episodes on time that are sub-par.

An animated series on adult-swim about the infinite adventures of Rick, a genius alcoholic and careless scientist, with his grandson Morty, a 14 year-old anxious boy who is not so smart. Together, they explore the infinite universes; causing mayhem and running into trouble.

Catch Rick and Morty 4 when it premieres on Adult Swim this coming Nov. 10.