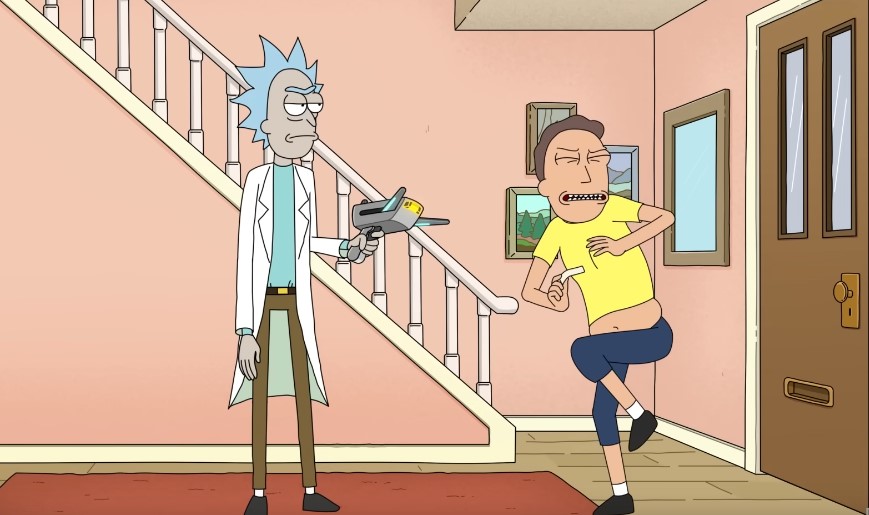 September will see the return of Rick and Morty, and we finally have a new trailer to hype up the release. Watch Rick, Morty, and the rest of the Smith family jump through some outrageous sci-fi hoops with some sharp meta-humor.

Check out the Rick and Morty season 6 trailer down here:

We don’t have an official synopsis for the sixth season, but Rick and Morty has usually just been moderately serialized. A lot of the episodes don’t really have any connection to one another—save for a few callbacks here and there. If there was an overarching story, I guess the closest thing would be Evil Morty and his takedown of the Citadel of Ricks.

If anything, the season does look to have some callbacks to some older episodes. Space Beth does make a return (possibly in a more involved episode), and we also have Rick and Morty plugged into a console that looks pretty much the same as the Roy game from Blips and Chitz.

Besides that, we have some more crazy, never-before-seen moments in the trailer that all lines up with the show’s signature brand of humor. I am curious about the Jerry wearing a sweater and glasses. My guess is he’s an alternate, successful version of Jerry that exists in a reality where Rick isn’t a ‘god’. With Evil Morty destroying all those realities in the last season’s finale, the show really is opening up to more opportunities to test Rick’s ego.

Rick and Morty Season 6 premieres on Adult Swim and HBO Max on Sept. 04.