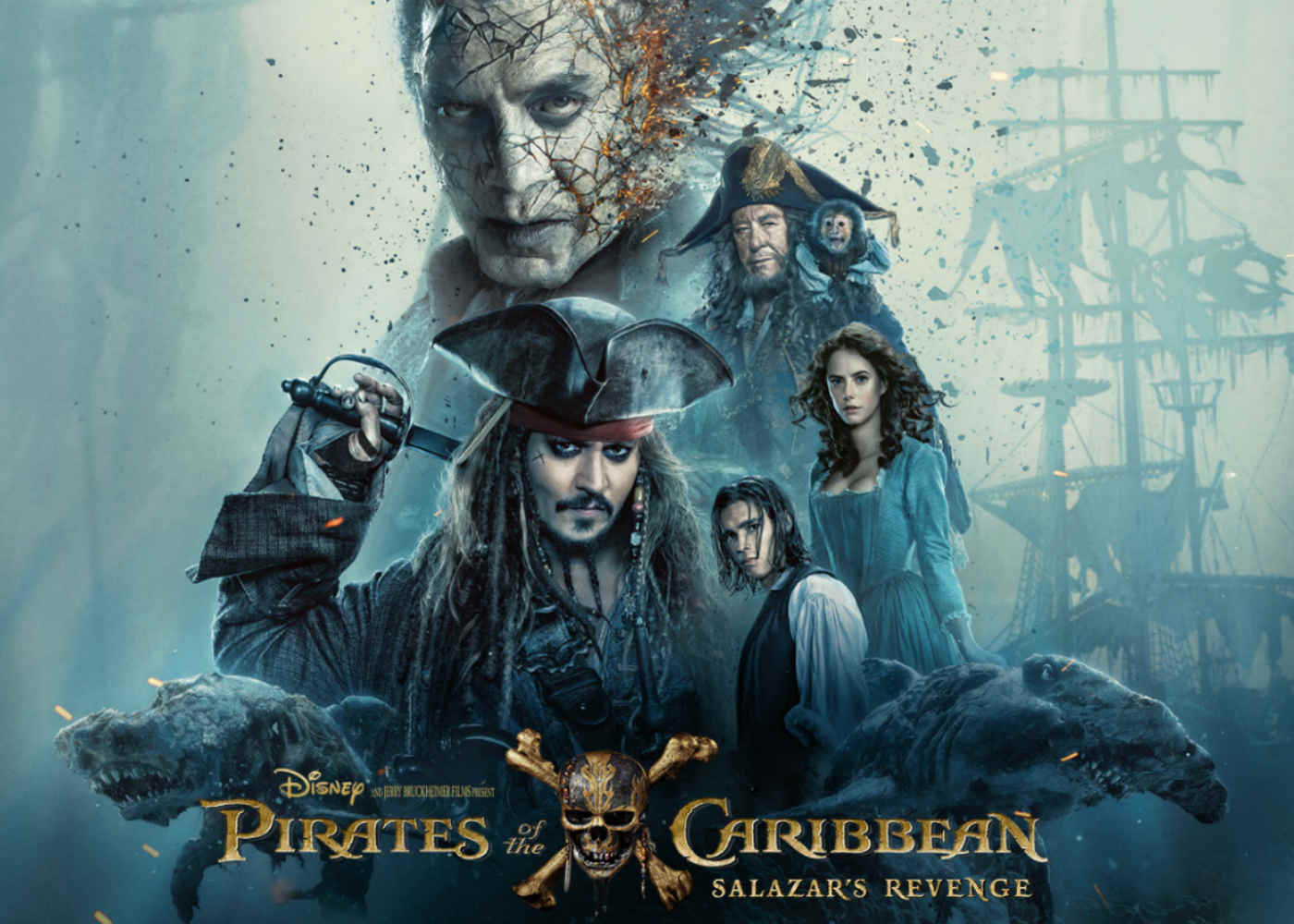 The Pirates of the Caribbean franchise has sailed full circle in terms of audience cynicism. When a film was greenlit based on a theme park attraction, the sneers began. Skull and crossbone swashbuckling antiheroes hadn’t exactly set the box-office alight in the past, with notorious dud Cutthroat Island setting a salty watermark for the genres wider appeal. Well, the naysayers were made to walk the plank when 2003’s Curse of the Black Pearl struck gold at the box-office, in the process hoisting Johnny Depp to the A-list, and lest we forget he was nominated for a Best Actor Academy Award for his now much derided role as Captain Jack Sparrow.

The reason for said derision shouldn’t be equated to his off-screen antics, more the way that this breath of fresh air franchise eventually drowned amidst Gore Verbinski’s penchant for nonsensical bloat and a pandering to the indulgences of his main character by the time we arrived At World’s End. Much like the last installment, On Stranger Tides, we couldn’t tell you much about what the hell was going on, or remember any of it, despite there being almost six hours’ worth of movie.

Salazar’s Revenge, or Dead Men Tell No Tales, depending on your geographical coordinates, doesn’t exactly trim the excess that blighted its predecessors, still feeing too long, but it’s a darn sight more fun than Jack Sparrow and Co, and more importantly the audience, have had aboard this franchise for a long time.

The plot, which for these films appears to require a labyrinthine amount of threads, once again focuses on an adversary wronged by Sparrow, this time arriving in the form of the ghostly Captain Salazar (Javier Bardem). He is just one of a number of swarthy characters who’re seeking to get their hands on Poseidon’s Trident, a powerful artefact that grants dominion over the sea to anyone that wields it.

There’s a plucky young seafarer with a name familiar to the franchise; Henry Turner (Brenton Thwaites), who’s after the MacGuffin because he believes it will lift a curse. His crew includes Carina Smith (Kaya Scodelario), a young astronomer, dragged along for her science expertise, and a certain dreadlocked pirate, who Turner believes is essential to completing his quest. Flanking their mission are the British Navy, headed up by David Wenham’s boo-hiss Captain, and a huge pirate fleet commandeered by franchise favourite, Captain Barbossa (Geoffrey Rush), who still wishes to kill his old nemesis.

What Salazar’s Revenge manages to course-correct for Pirates, is the same sense of fun that permeated the first and second films. By the time most franchises get this far into their lifespans, they can’t help but begin to resemble a greatest hits package. The filmmaker, in this case Joachim Ronning and Espen Sandberg, try to navigate the choppier waters by giving the audience familiar beats that echo the previous films. After a relatively chaotic opening twenty minutes, during which exposition and location hopping threaten to capsize the movie, Salazar’s Revenge begins to find its sea legs, largely thanks to some bravura set-pieces, the kind that the series does so well; the live-action Looney Toons cartoon meets Mousetrap boardgame action mechanics.

So we get a huge bank robbery that’s the Pirates equivalent of the Fast 5 Rio chase, an execution escape sequence which features a wonderful sight gag involving Johnny Depp’s head in a rotating guillotine, and the film’s standout sequence, which is brilliant but all too brief , as a trio of zombie sharks race our adventurers to the beach.

In terms of crew, it’s a mixed bag. Depp, despite being front and centre, as he has been since the original, is strangely muted. Always best when being the punchline to other people’s dialogue, it has never worked when he’s undiluted by a lack of support. Thwaites is stoic in a way that Orlando Bloom (who underwhelms in a clunky cameo) never was, but his chemistry with Scodelario is as wooden as the poop deck.

It’s left to the bad guys to provide some character interest, with Geoffrey Rush afforded an emotional arc, which almost works. Unfortunately Bardem, who oozed menace as a Bond villain, is rather disappointing. His obsession with Sparrow ultimately feels very petty, and as such his threat level is underwhelming and damp.

Whether or not this is the last outing for The Black Pearl is left open to interpretation, although there is a franchise spanning coda which attempts to tie everything up nicely, but ends up laughably bad. Salazar’s Revenge still remains a fun go-around on a ride that’ll never be as exciting as it was the first time, but for fans, there’s still enough to make it worth buying a ticket.