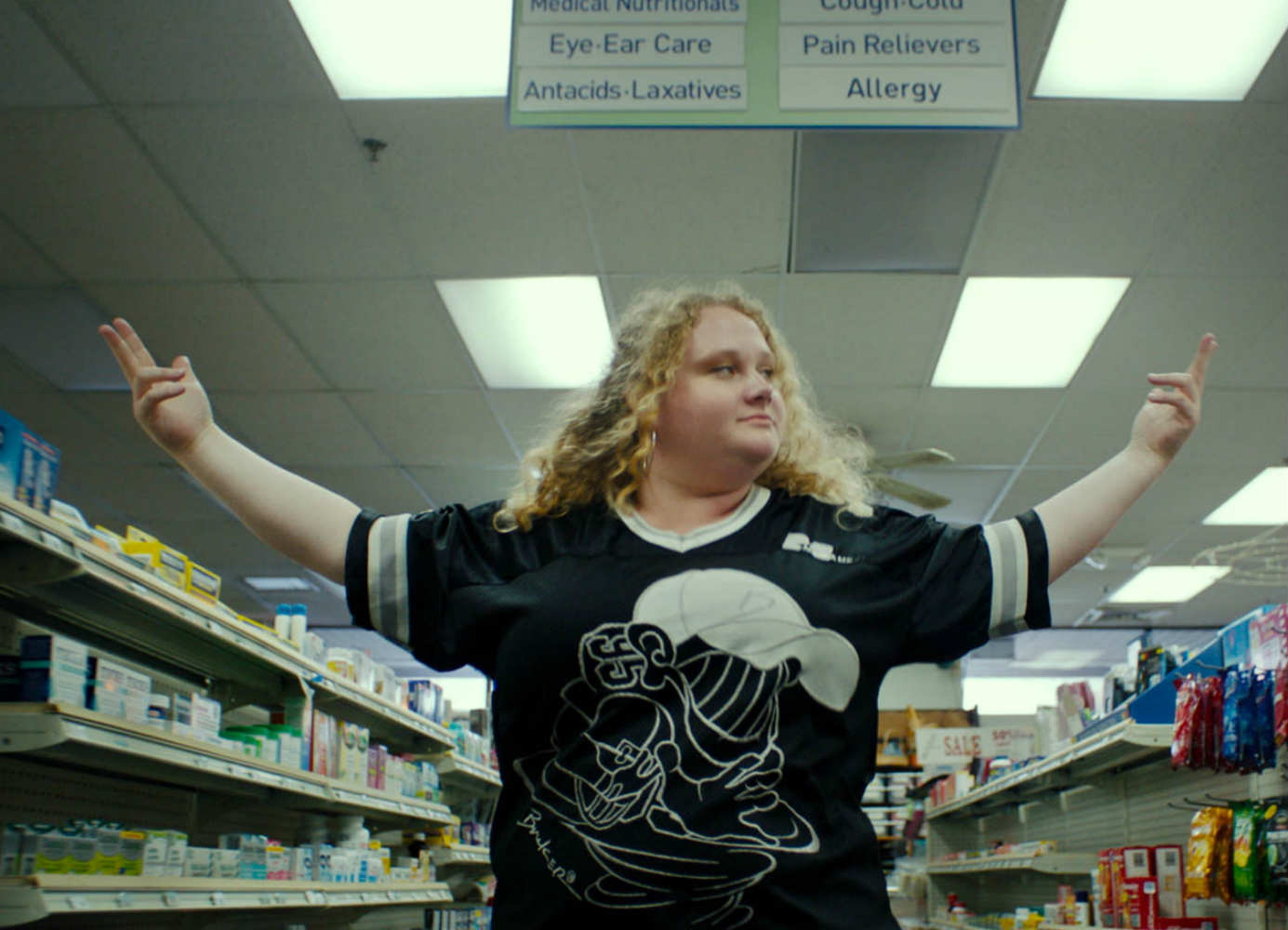 Anyone familiar with 8 Mile or Hustle & Flow will recognise the track listing on festival favourite Patti Cake$. The story of a poverty line white rapper trying to escape the trappings placed upon her by familial and societal limitations. There are obstacles, pitfalls, and moments of triumph, but the problem is, if you’ve heard the original, then you’ll recognise the samples it lays down for plot, and save for a stunning debut turn from the powerful presence of Danielle Macdonald, Patti Cake$ is a disappointing cover version.

Struggling to balance her musical ambitions with an alcoholic, age inappropriate mother, along with her dying grandmother, Patti (Danielle Macdonald), cruelly nicknamed ‘Dumbo’ by any number of her bread line bully community, is encouraged by her pharmacologist hype-man (Siddharth Dhananjay), to pursue her big break in music. It’s an American dream made nigh on impossible by her town’s crippled economy and the restrictive labels assigned by the genre of music in which Patti excels. Still, she plugs away, in strip clubs, car parks, and graveyard recording studios, in order to rap her way out of her stagnant situation.

Geremy Jasper’s film starts strong, introducing an eclectic group of characters, the pharmacy PA sequence is one that sets up the relationship between Macdonald and Dhananjay brilliantly, a strange connection that hangs together emotionally when the movie demands they fall apart. Similarly, Bridget Everet is a nice foil for Patti, playing white-trash mom, Barb, to winning affect, and giving you a reason to root for Patti aside from the fist pumping clichéd Rocky narrative.

Therein you’ll find the problem with Patti Cake$, it’s a tick-box checklist of elements from better films, from the rap-battles, to the monster-mother who elicits loathing and sympathy in equal measure, right up to the age old Sing Street/8 Mile/Pitch Perfect finale. Admittedly it’s a bonus track ending that gets the hairs standing on end, despite the predictably of it all, but almost ruins it with a moment of Aerosmith video mawkishness that feels completely out-of-sync with the Hard Knock Life rhythm of the film to that point.

The reason the battle-of-the-bands moment works so well is largely down to the inescapable allure of Macdonald, as a rapper (with writer/director Jasper acting as lyricist), and an actress. The lens affords her plenty of close-ups, and the framing perfectly compliments the power imposed upon the audience by her performance, all of which, like her rhyme spitting, appears to be achieved with relative ease.

Despite the generic nature of the script, there are still enough moments of inspiration to match its breakout central turn; most of the scenes involving The Get Down‘s Mamoudou Athie, here playing a gothic anarchist, are intriguing, largely because he’s the most unpredictable character on display; then there are the exchanges between Patti and her numerous bosses, one of whom is played terrifically by Orange is the New Black star, Nick Sandow. Patti Cake$ is a film of such small character-driven moments, interludes you might say, which string together an inconsistent whole.

Patti Cake$ can’t quite match the platinum standard of its obvious influences, its derivative narrative sees to that, but as a vehicle for the talents of the wonderful Danielle Macdonald, it’s worth celebrating.