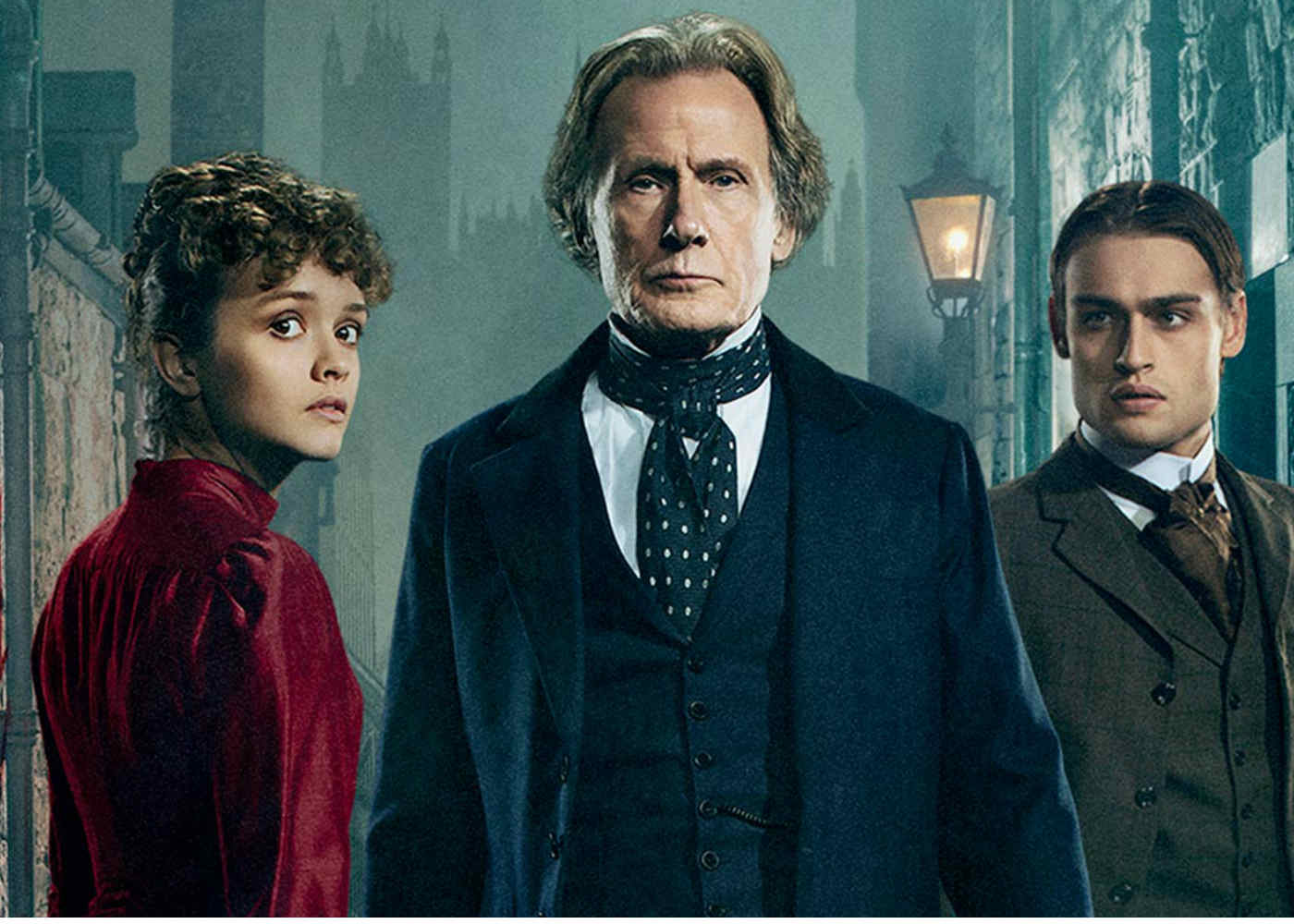 As we approach the end of summer, with night drawing in over the course of the next few months, what better way to prepare ourselves than with a dank, macabre trip through the disease ridden streets of vaudevillian old London town? For that’s what you’re getting with Gothic whodunit, The Limehouse Golem, a dimly lit game of Cluedo, that’s never as interesting as the trivia that Bill Nighy stepped into the role after Alan Rickman’s sad passing in 2016.

Based on Peter Ackroyd’s 1994 novel, Nighy is police inspector John Kildare, a man with as many secrets as the roll call of suspects he has to question in order to discover the identity of the Limehouse Golem. A name attributed to the bogeyman slaying indiscriminately down the back alleys and side streets of the capital city.

Kildare’s investigation is made all the more pressing by the fact that a young woman by the name of Lizzie Cree (Olivia Cooke – soon to be seen as Art3mis in Steven Spielberg’s Ready Player One) has already been fingered for the murders, and is the subject of a biased trial that will see her hang in days. Believing her to be innocent, Kildare must retrace the steps of her volatile husband (Sam Reid), theatrical troupe colleagues (Eddie Marsan and Douglas Booth), and jealous love-rival, Aveline (Maria Valverde), before the noose is slipped around Lizzie’s neck.

Ostensibly a Sunday night TV drama, one that could have benefitted from being stretched into a three part mini-series in order to generate slow-burn intrigue, The Limehouse Golem favours parlour tricks over storytelling, and in a film about heinous crimes, commits the biggest one of all by completely wasting Bill Nighy.

Constructed in a way that largely relies on flashback, either via character exposition or Kildare’s thoughts manifested as he figures out the next clue, it means that Nighy spends a lot of the time off-screen whilst the events play out. We then cut to his reaction face and it’s onto the next story. There’s a thread focusing on the historically taboo subject of his sexuality, but it remains unspoken back-story for most of the movie, rather than having any influence on the direction of the case or his ability to solve it. Kildare remains little more than a narrative propelling device to move the The Limehouse Golem along to the next set of revelations.

It’s left to the suspects to provide the meat of the drama, and its here that The Limehouse Golem doesn’t disappoint. Eddie Marsan, although wearing one of the worse bald caps in recent memory, provides good duplicitous creeps, and Douglas Booth is excellent as the cross-dressing compere, Dan Leno. It’s Cooke who impresses the most, having graduated from TV’s Bates Motel, and broken all kinds of hearts in Me, Earl, and the Dying Girl, she runs the full gamut of personalities here, ensuring that you’re never quite sure whether to trust her or not, whilst also warming to the more charming aspects of her character.

What fun there is to be had in what could have been a fun Sleepy Hollow style romp, or a Woman in Black scare-fest, but can’t decide on either, can be found in the theatrical performances, rather than any attempts at gore. The aforementioned Booth wrings some laughs from his characters on-stage histrionics, and Cooke delivers a wonderful little ditty to an uproarious gallery, but The Limehouse Golem remains po-faced, unremarkable entertainment.