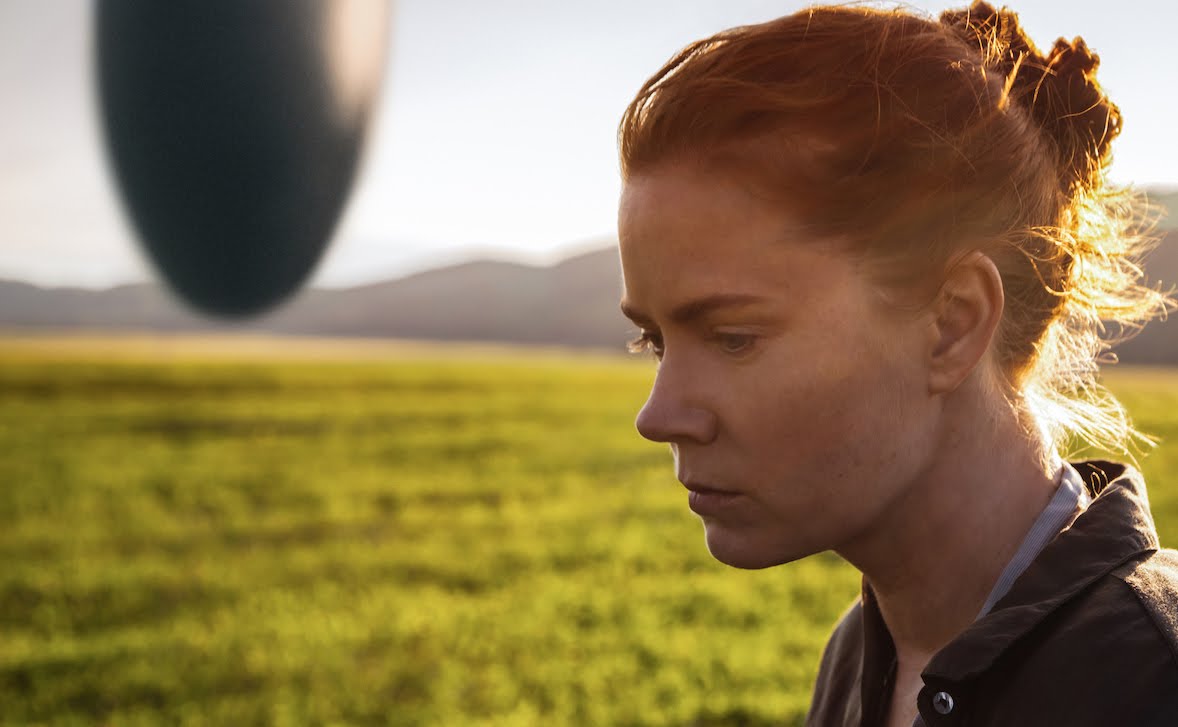 Denis Villeneuve has built quite a resume for himself.  His more mainstream pictures, Prisoners and Sicario, garnered him some attention from filmmakers and audiences, and now the auteur looks to the skies with Arrival.  The sci-fi drama packs a subdued wallop, as the film is far more interested in its humans than its extra-terrestrials.

Amy Adams (Enchanted) stars as a linguist professor, Dr. Louise Banks.  When alien crafts arrive at various locations around the earth, she is recruited by the U.S. military and Col. Webber (Forest Whitaker) to make contact with them.  As many different nations attempt to communicate with the beings, Banks and fellow scientist, Ian Donnelly (Jeremy Renner), seek to understand the aliens’ language which consists of a series of symbols.  As foreign powers simply want the aliens gone, Banks and Donnelly believe the invaders to be trustworthy and pursue discovering why they came to the planet.

Responding to Arrival after one viewing is a difficult task.  The film is incredibly layered with subtle and yet precise storytelling beats.  Villeneuve and his screenwriters have a clear end-game here, and getting through the mystery of “why?” throughout this film is part of the fun.  Watching the story unfold is a narrative puzzle as we seek to put the pieces together.  The plot features a series of dreams and memories of Dr. Banks’ daughter and her battle with a life-taking disease.  Now single and alone at the start of her enormous task to communicate with the aliens, Banks carries a void in her soul that drives her to make a connection with the newfound beings.

Villeneuve is far more interested in exploring time, space, and the human psyche than he is in any sort of Independence Day-like shenanigans.  The work pays off in the end, but it takes some effort to get there.  Sci-fi aficianados should be overjoyed at how trippy the film becomes because it does so with purpose and intent.  Adults looking for a solid drama will likely be intrigued throughout, but may find that they are getting more than they bargained for.

Luckily Amy Adams’ character is so distinct that we are completely taken by her backstory and her quiet determination.  This is a performance for her that is so in tune and restrained that I think many may miss just how delicately she handles the role.  I will be surprised if the academy ends up overlooking her this year.  Likewise for Villeneuve’s direction.  This is a complicated film, with elements of Spielberg, Kubrick, and even a little Shyamalan (in his prime).  I’m sure Arrival would certainly benefit from a second or third viewing, but it is definitely a film that will get you talking – and more importantly – thinking when you walk out of the theater.

Arrival boasts a terrific narrative chock-full of big ideas. The film bends our expectations and makes for an engaging and diverting piece of drama.