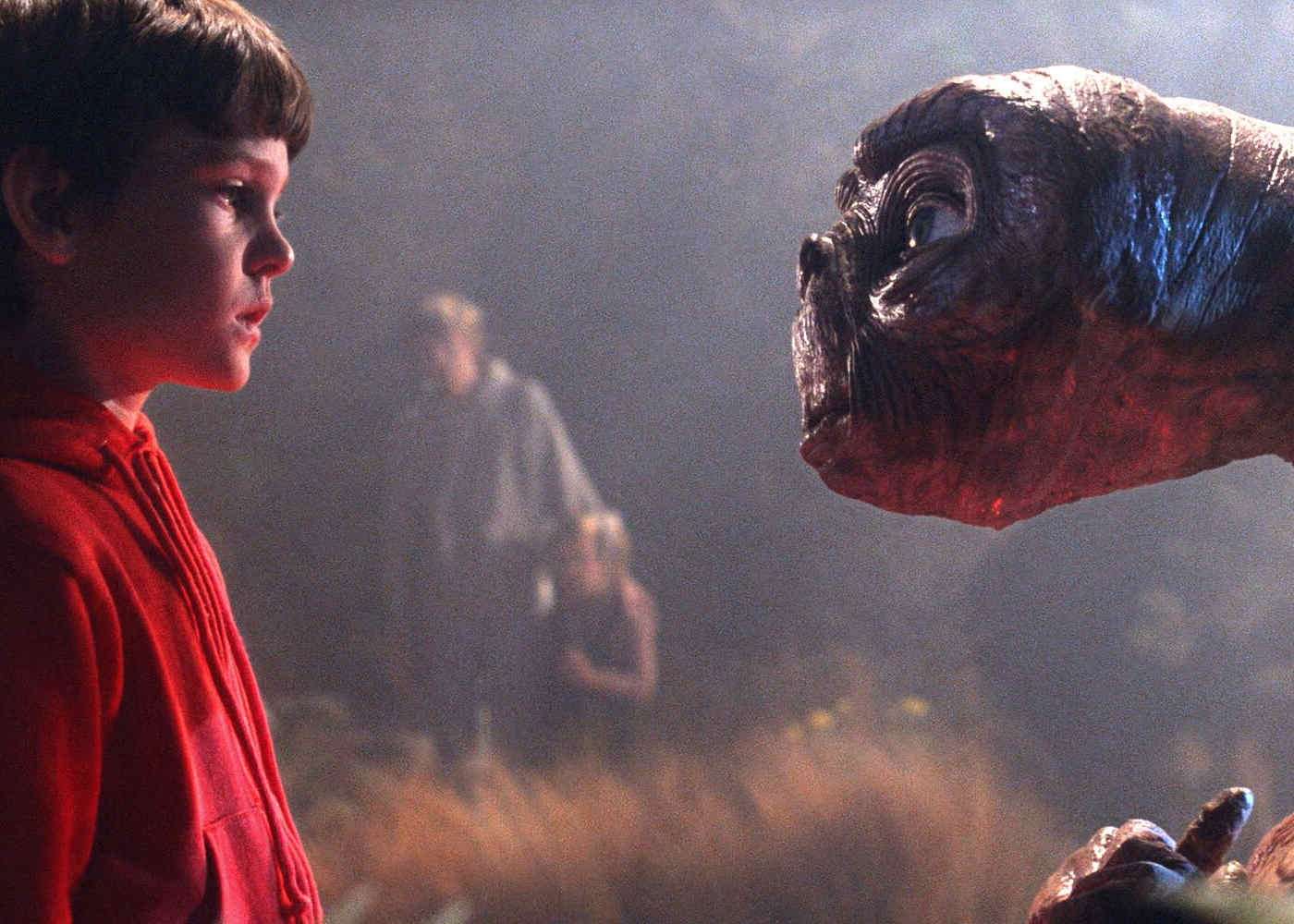 Some films are so intrinsically linked with a generation that they can appear alien to a contemporary audience trying to experience the wonder of years gone by. Steven Spielberg’s beautiful fable of friendship is no such movie, able to transcend ages, and enchant for those watching cross-legged in front of the television for the first time, as well as audience members holding E.T. to his promise of always being ‘right here’, revisiting whenever their heart needs a defibrillator kick-start.

Written by the late, great Melissa Mathison, whose last collaboration was on Spielberg’s criminally ignored The B.F.G., E.T. The Extra-Terrestrial was originally titled ‘A Boy’s Life’, because that’s who the focus of the movie truly is; Elliot. Played by the remarkable Henry Thomas, seen below in his incredible “ok kid, you got the job” audition. A Spielberg archetype if ever there was one; ‘lonely boy with an absentee father’ has permeated his entire body of work, from Close Encounters of the Third Kind to War of the Worlds, they’ve always been prevalent, yet none have scarred as much as this boy and his alien friend.

The bond he establishes with E.T. is something which has been strived for in film since 1982, but none have come close to what this creative team achieved. For a start, E.T. is a film which is so patiently measured; everything is earned. The excited intrigue of that open gate and the ghostly swing, the palpable slow-burn tension of our as yet unseen alien following a trail of Reece’s Pieces into the house. So much of E.T. is kept hidden, a tactic developed through the necessity of having to keep the shambolic looking ‘Bruce the Shark’ from Jaws under wraps for as long as possible, but which Spielberg learned as a way of building audience anticipation this time around. There’s fear, hope, and a desire for discovery, all wrapped into subtle filmmaking.

It helps that he has the maestro that is John Williams on hand to do exactly what he did on Amity Island, by creating a score that gets beneath under your skin in a completely different way than Jaws did. Rather than making your flesh crawl, Williams’ work here heads beneath the surface and straight to the heart, manipulating it with every flourish and crescendo. The power of the goodbye hug wouldn’t be half as effective if the moment of embrace wasn’t so perfectly orchestrated to that musical climax.

It’s obvious to say that most contemporary culture owes a debt to E.T. The Extra-Terrestrial. No points for guessing Stranger Things, for which comparisons to the work of Stephen King and Stand By Me are often drawn, but E.T. predates both of those, so in terms of kids riding around on bikes and going on otherworldly adventures, this really is the template. Spielberg even tried to play puppet master to J.J. Abrams own boy/alien/daddy issues movie with 2011’s Super 8. Good, but no E.T.

Spielberg has made a career of casting wonderful child actors in his films (Ian Malcolm’s daughter in The Lost World: Jurassic Park aside), but none have matched the line-up here. There isn’t a minute that goes by when you don’t believe that these children are in the presence of an alien. To them it feels real, so by-proxy it does for the audience too. Henry Thomas is heartbreak good, Drew Barrymore is button cute, and Robert MacNaughton is the unsung hero of the piece as Michael. The point at which he meets E.T for the first time is a piece of acting as good as any moment in the film; a disbelief and wonder to replicate that of the audience.

It’s the richness of these characters (we haven’t even mentioned Dee Wallace!), and the personality animated within E.T., that makes the stream moment, the drooping flower, and that final goodbye, which to viewers of all ages, despite how much it hurt at the time, was always going to be “see-you-again” for this repeat-viewing masterpiece.

E.T. The Extra-Terrestrial 35th Anniversary Edition is out now on Blu-ray and is released in select US cinemas this September.