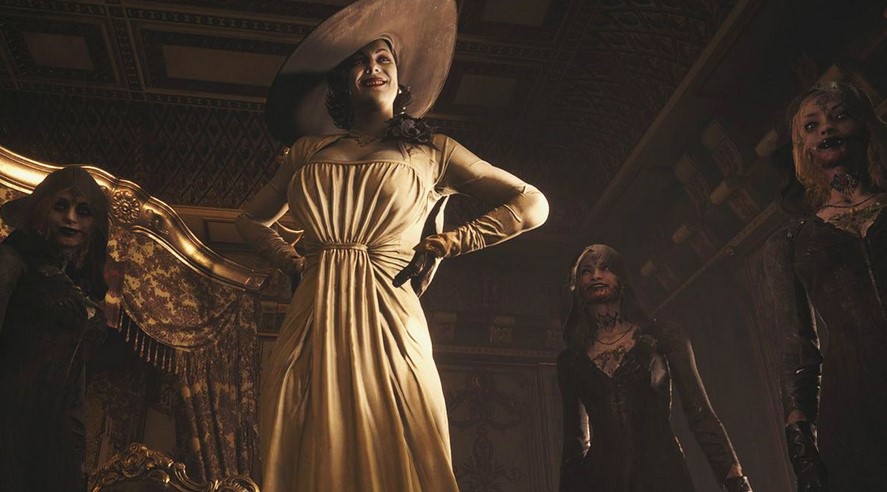 When Capcom had decided to make their official reveal for Resident Evil Village, one character that seems to have caught the attention of the internet is the gigantic Lady Dimitriscu. There has been so much positive reactions from fans for the character, and art director Tomonori Takano has decided to show his appreciation for the support. Along with the message is the exact height of RE’s new villain Lady Dimitrescu.

Your love for Lady Dimitrescu is loud and clear. 👒

Here's a message from our RE Village art director Tomonori Takano, along with a very curious fact you may have wondered about: pic.twitter.com/Lj4m5pN2dJ

As revealed in the statement, Dimitrescu, including the hat and heels is 2.9 meters tall (or 9’6”). She already looked pretty massive in the teasers, so now we have an idea just how gigantic she actually is. While a lot of people have been curious as to why she’s that height, Takano has also revealed that she and her daughters are ‘vampiric’ so I guess they’re not entirely human.

Let’s also take note that Dimitrescu is only one villain in the game so far. There is still the mysterious ‘Mother Miranda’ that Dimitrescu is talking to in the trailer. We don’t know who exactly that is, but fans are excited to find out.

Set a few years after the horrifying events in the critically acclaimed Resident Evil 7 biohazard, the all-new storyline begins with Ethan Winters and his wife Mia living peacefully in a new location, free from their past nightmares. Just as they are building their new life together, tragedy befalls them once again.

After two entries that are remakes/remasters, fans are ready to continue the Resident Evil narrative with Ethan Winters. Catch Resident Evil Village when it becomes available for PS4, PS5, Xbox One, Xbox Series X|S, and PC on May 7.