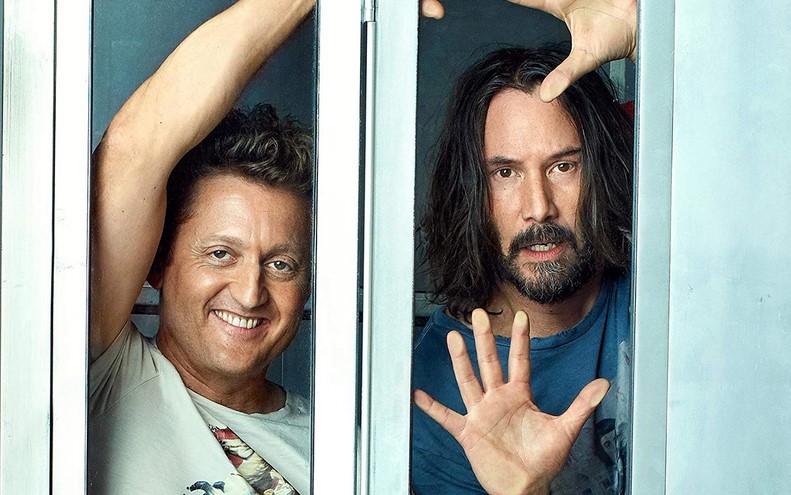 While a lot of people are excited for Kean Reeves return to The Matrix, he’s been working on another comeback to a classic franchise Bill & Ted. Bill & Ted Face the Music has been in production since early July, and news has it that the movie has officially wrapped.

That's a wrap! Most excellent thanks to all who helped make this film become a reality. pic.twitter.com/K2Mssp991r

Once told they’d save the universe during a time-traveling adventure, 2 would-be rockers from San Dimas, California find themselves as middle-aged dads still trying to crank out a hit song and fulfill their destiny.

Alex Winter and Keanu Reeves are coming back to reprise the roles of Bill and Ted, and this time the two will be joined by their daughters, Thea (Samara Weaving) and Billie (Brigette Lundy-Paine). We don’t have any idea on what the daughters will act like, but I bet they’re going to be the Millennial equivalent of Bill and Ted from the 80s.

Besides that, the film will also see some historical figures being brought back to life. Plus we have William Sadler reprising the role of Death.

No official look at the film has been released yet, but with the set to come out August next year, we could be getting something early 2020. Hopefully we can have some first images released before 2019 ends.