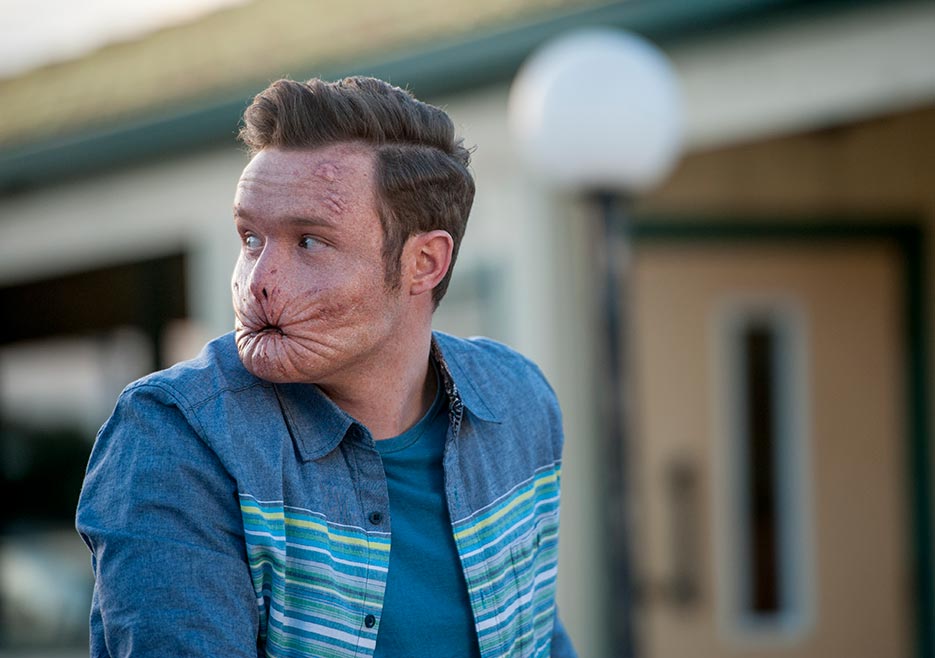 Preacher the comic book was a sprawling epic and remains one of the medium’s best examples of such. Every issue felt like a little piece of the best movie never made, proof that comics could tell big stories without the usual slapdash, anything-goes mentality of superhero books. After only four issues, it took our heroes everywhere from New York to New Orleans, with plenty of blood, guts, and twisted humor, always with an eye toward the grand finale. If you were around for it, it was more than a monthly series. It was an addiction.

Preacher the television series is addictive too, primarily because it has yet to sprawl. Like a hybrid of Thornton Wilder and Wes Craven, this season focuses on the dark Americana of Annville, Texas. The Last Picture Show and Blue Velvet turned small-town nostalgia on its ear ages ago. Recent shows like True Blood have done the same, adding fantasy and horror to the mix. Preacher goes a step further, with its theme of abuse of power, and more importantly, abuse of influence. The good reverend’s voice must be obeyed, but Annville’s awful denizens prove you don’t need superpowers to have a power trip.

Tulip and Cassidy have grown close since her rescue in the last episode. Well, Cassidy has, at least. He’s in love with her, and although she doesn’t feel likewise, she’s going to keep him around with drugs and sex to spite Jesse. If she can’t get Jesse to ditch town with her and get their revenge on the mysterious, evil Carlos, she’ll find a way to hurt the reverend. Or herself, which is how these things usually turn out. Thus far, Joseph Gilgun and Ruth Negga have been captivating as live-action caricatures. Both actors exhibit more vulnerability this time, as Dominic Cooper did with Jesse in the pilot. They’re bad folks, but we love them all the more for it. 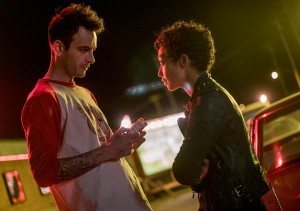 Thanks to Jesse’s power, Odin Quincannon has begun his mission of serving God, which he does in a way that only a megalomaniac – or just a maniac – would. Jackie Earl Haley continues to earn far more than his “special appearance” credit. If the show continues, future guest stars will have massive shoes to fill. In a show full of great performances, he tops them all.

Up to now, Sheriff Hugo Root (W. Earl Brown) has mostly been a part of Annville’s scenery. He hasn’t been anywhere near the hateful son of a bitch he was in the comics. This week, he proves to be a far more interesting character, illustrating the primary difference between television and comics: acting. In the comics, you don’t feel the least bit sorry for the sheriff. Steve Dillon drew him with a perpetual scowl and Garth Ennis wrote him as a perpetual asshole. In the show, he’s still a bastard, but Brown gives him just the right touch of pathos.

You feel worse for his son, though. If anyone’s getting an unfair shake out of small town Texas life, it’s Eugene, aka Arseface (Ian Colletti). Since his disfiguring suicide attempt, the people of Annville refer to him as a “thing” or an “it.” Other teens sneak into his room, leave a shotgun there, and write “Finish the job” on his bedroom wall. His own father screams at him that he should do the same. Little towns tend to become characters in stories like these. Annville’s treatment of Eugene is Preacher‘s saddest case of abuse of influence. Anyone who’s lived in a small town, worked a job with a small staff, or gone to high school knows what it’s like.

Bad vibes create a feedback loop, leading all the way back to Jesse. He’s been using the voice the way Cassidy uses heroin, a near-constant fix. He’s addicted to his power, wielding it in ways that Stan Lee wouldn’t approve of. Jesse also has the angels (Tom Brooke and Anatol Yusef) to contend with. The voice isn’t the benevolent force Jesse thinks it is, and they’ve come to take it back.

Best of all, we also get another chapter in the ongoing saga of the Saint of Killers (Graham McTavish). It seems back in his time, he once had a problem with a preacher, too. McTavish scores the usual points for looking like a Dillon drawing, but gets a game-winning shot with an uncharacteristically helpless moment. If the show were entirely about the Saint, it would still be fascinating, but genuine westerns are more expensive to shoot than the modern-day variety.

This is the season’s midpoint, and if you’ve been with Preacher thus far, it should have you hooked by now. You may not love everyone in Annville, but it’s easy to empathize with them. Even the bad ones. You wouldn’t want to live there. You wouldn’t even want to visit. Maybe you already have.