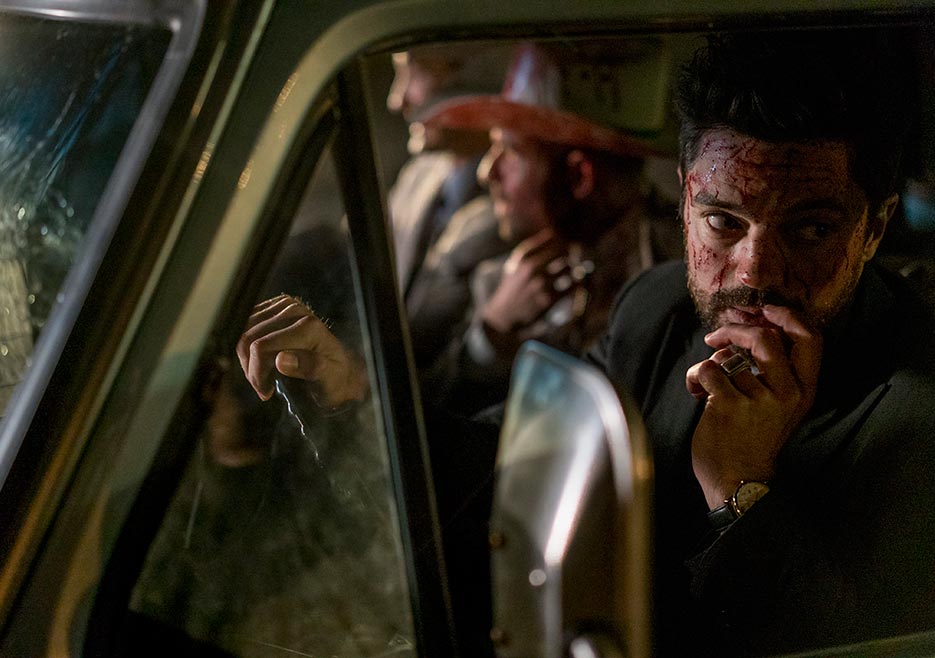 It’s been a slow burn, but as the first season of Preacher edges closer to its boiling point, its moral question is now clear. It’s the same question Anthony Burgess and Stanley Kubrick broached in A Clockwork Orange: how good can we really be without choice?

Courtesy of renegade angels Fiore and DeBlanc (Tom Brooke and Anatol Yusef), Reverend Jesse Custer (Dominic Cooper) learns the awful truth of his godlike power. It has less to do with God than Jesse imagined. This week, Jesse – and viewers new to this story – learn what longtime fans of the comic have been keeping to themselves. (The courteous ones, anyway.) Jesse is the host of an entity, spawned from the blasphemous union of an angel and demon. Its name is Genesis. Cue the Phil Collins jokes.

Not that Jesse gives a damn about any angels. If God Himself won’t take the time to clean things up, Jesse will wait. While the average Charles Bronson fan will cheer Jesse’s rugged individualism, Preacher is no Cannon film. We’ve seen hints of Jesse’s power getting the best of him, but in “Sundowner,” the hero of this series effectively becomes its villain.

It also features the show’s best action sequences thus far. Director Guillermo Navarro is a familiar name to film fans, mainly for his work as a cinematographer for Robert Rodriguez and Quentin Tarantino. He’s also a hell of an action director. Early on, a third angel (Juliana Potter) disrupts Fiore and DeBlanc’s meeting with Jesse. If you’ve ever wondered what Unreal Tournament would look like on film, complete with respawning enemies, this is your episode.

Meanwhile, Tulip (Ruth Negga) tries to get closer to Jesse and further from Cassidy (Joseph Gilgun). The love triangle happens a bit earlier here than it did in the comic, but it works fine. Tulip and Cassidy’s night of passion was a mistake, much like the abomination residing within Jesse. Tulip will do anything to get Jesse back, even if she has to buddy up with Emily (Lucy Griffiths), the pretty church organist, Tulip’s only rival for Jesse’s affections.

Thus far, Dominic Cooper has revealed Jesse’s true nature in subtle layers. He’s gone from unsure to cocky to downright tyrannical in the course of only six shows. His voice is one of unchecked power, and Cooper rolls with it full-tilt, becoming downright ugly near the episode’s closing moments. 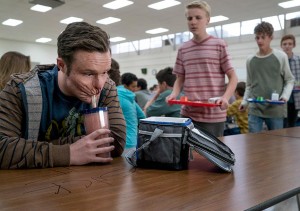 Eugene, aka Arseface (Ian Colletti) is this episode’s voice of reason. Just in case you weren’t clear about where the show’s coming from, Eugene lays it out for Jesse, his subtitles spelling it out for the rest of us: Jesse is cheating. You can’t force someone to be good. They have to come to that realization themselves. Neither Jesse’s voice, nor the giant PA system he intends to use on the poor town of Annville, can change that.

Genesis is a supernatural Chekhov’s gun. Jesse has used it only with the best intentions, to be a good preacher, a hero. Like all weapons, and despite its name, Genesis is meant to destroy. Whether it destroys our formerly good reverend remains to be seen.