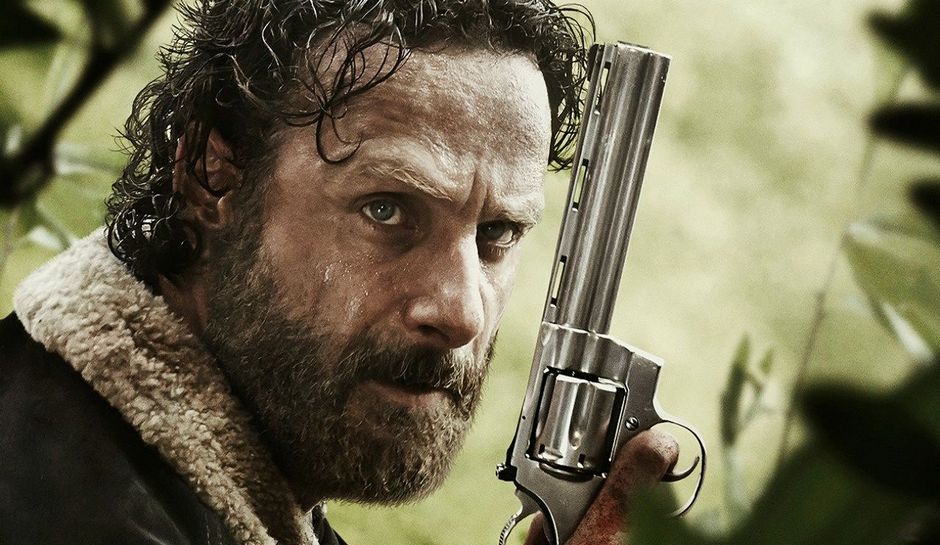 Everywhere you look these days, it’s like being Glenn from Season 6 of The Walking Dead. You’re stood atop that dumpster, with zombies as far as the eye can see. They’re on your games consoles, your apps, and thanks to the introduction of iconic pantomime villain, Negan (Jeffery Dean Morgan), they’ve been the water cooler topic of choice for the past few months.

What originally began as a testing-the-water mini-series based on Robert Kirkman’s excellent comic series, has grown into a small-screen phenomenon. The show’s roll-call of characters, in which we’re completely invested, attracts 12 million viewers per week (although, it’s worth noting there has been a noticeable post-Lucille slump in figures).

Now showrunner Scott Gimple has told ComicBook.com about a potential big-screen outing for Rick Grimes and his band of perennially suffering followers. “That question comes up every now and again,” he said. “I’m sure one way or another, one day, it’ll happen. I think it would be cool.”

Movies as punctuation to a long-running TV series are often rumoured, with Game of Thrones previously linked to an epic cinematic finale, and there was constant talk that LOST would bow out with a film. However, it’s rare these ideas ever come to fruition.

Those that have transitioned to the multiplexes are either at the height of the show’s popularity, such as the commercially successful, Sex and the City, or when demand for one final outing from a property long passed its sell-by date limps into the multiplexes. For the latter point, think the lamentable Entourage movie, or Absolutely Fabulous.

Therefore, if it ever happens, it’s all about timing for The Walking Dead movie. There’s still plenty of Kirkman’s source material for the writers to use. For now it remains the most popular show on the planet, so we’d advise you not to hold your breath on this one.