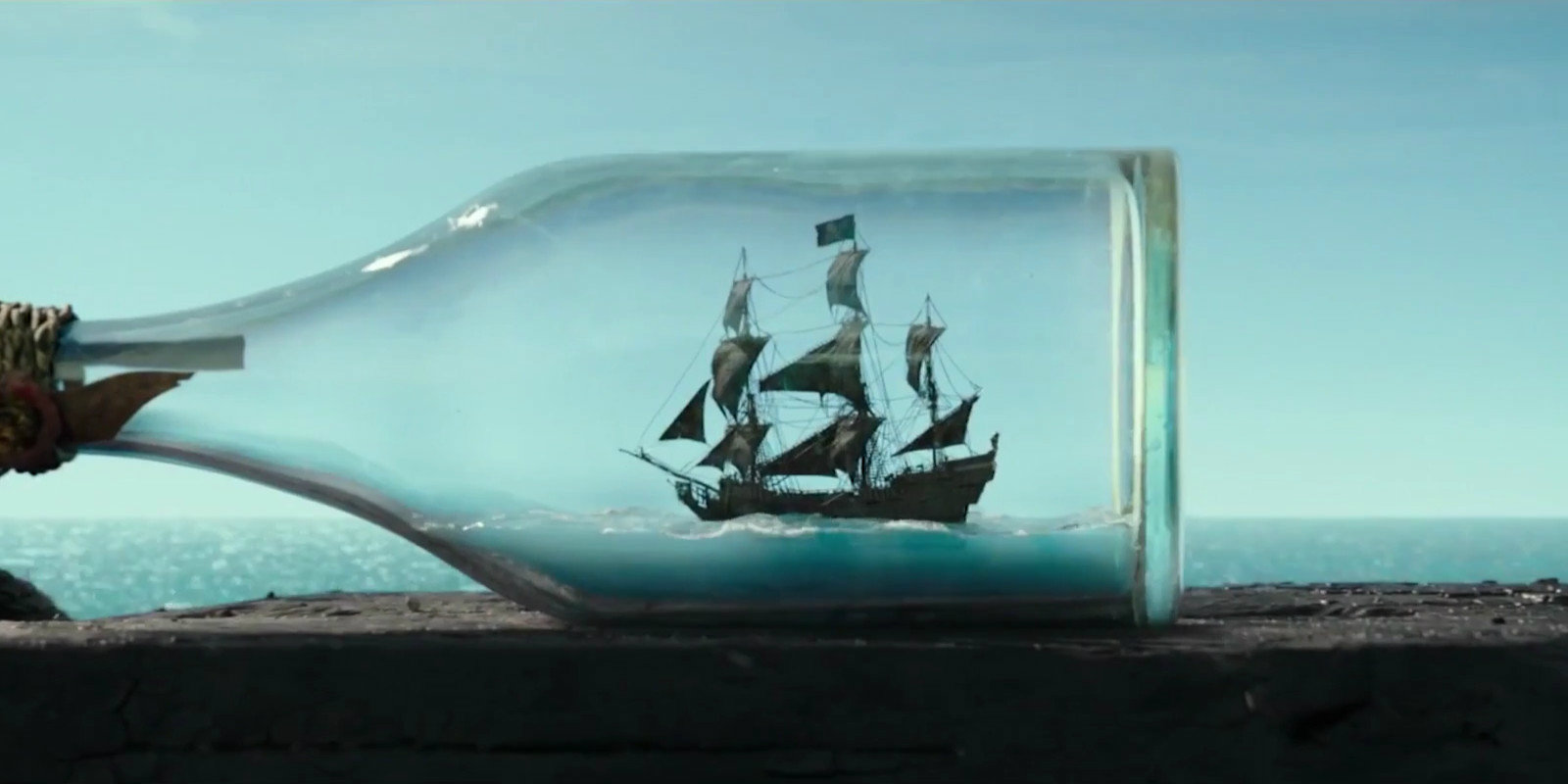 Where’s the rum? It’s another pirates life for Johnny Depp as Disney swings into the fifth film of the ever popular series, Pirates of the Caribbean. Disney unveiled new character posters on Entertainment Weekly today. The misty shots of beloved characters will hopefully get fans swashbuckled for May 26th when Pirates of the Caribbean: Dead Men Tell No Tales, lands in theaters.

Depp is once again returning as the Keith Richards-inspired pirate, Jack Sparrow. Dead Men Tell No Tales will chronicle the misadventures of Jack as he fights insurmountable odds, as well as ghost and zombie pirates this time around. Maybe Disney will consider adding zombies to the Pirates ride eventually.

New to the ship deck is Javier Bardem as Captain Salazar. Salazar has a few bones to pick with Sparrow (who seems to have made every Captain in the seven seas have something to pick with him be it a fight or a drink). Salazar rises from the depths of the seas to exact his soggy revenge on Sparrow.

Rounding out the Captains is the return of Geoffrey Rush as Captain Barbossa. This time around he’s teaming up with Jack to fight the impending doom Salazar has in store. And of course his pet monkey is there with him (how could he not be).

Filling the roll of a new handsome pirate is Brenton Thwaites. Thwaites plays Henry Turner, the son of Will Turner and Elizabeth Swann, who’s on the hunt for his father. The addition of Turner’s son has fans eagerly awaiting the return of Orlando Bloom to the franchise. Keira Knightley is rumored to be making her return, as well, but it has not been revealed when. However, we all know post credit scenes are created for such reveals.

Carina Smyth, played by Kaya Scodelario, is the newest leading woman. Her academic brilliance helps the group of hard headed pirates on their mission to battle Salazar by collecting a sea controlling artifact called The Trident of Poseidon

The character posters stand elegant and proud. The Captains look ready for battle, their ships waiting in the foggy distance. There doesn’t seem to be any hidden spoilers contained in them, though, so we’ll have to wait for the movie’s release to see it all unfold.