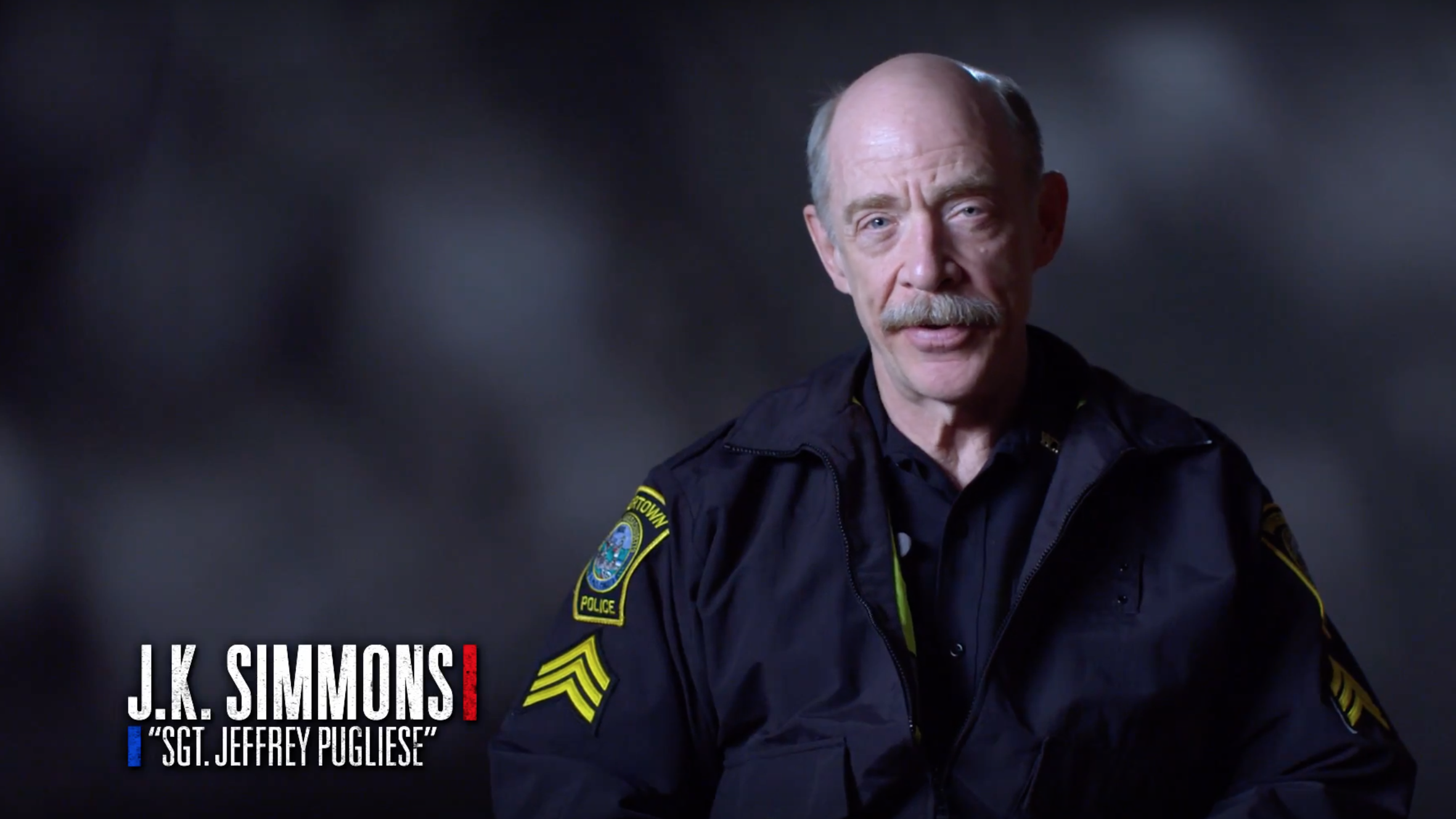 Lionsgate have released an interesting new featurette for their forthcoming account of the 2013 Boston bombings, Patriots Day.

The movie is directed by Peter Berg, a filmmaker capable of handling the drama involved with depicting a true story, having recently helmed Deepwater Horizon and Lone Survivor. Here he is reunited once again with Mark Wahlberg, as Sergeant Tommy Saunders, in a story that chronicles that horrific April day on the marathon finish line, and the unfolding events as a city-wide manhunt developed.

The featurette focuses on Sergeant Jeffrey Pugliese, played by J.K. Simmons, who was integral in tracking down the fugitive brothers to their suburban hideout. Pugliese himself was on-set to help out with everything, from the way Simmons held his gun during the shootout, to the angle of approach before the suburban stand-off. It’s an intriguing insight into the filmmaking process, and a clear sign that the filmmakers are keen to be as accurate and respectful as possible.

His is one of a number of stories in a film hoping to depict the human effort made to overcome adversity. Patriots Day will also feature Kevin Bacon as Special Agent Richard Deslauriers, John Goodman as Police Commissioner Ed Davis, and the always wonderful Michelle Monaghan as Nurse Carol Saunders.

Scheduled to open in the United States on January 13th, with a UK release pencilled in for February 24th.