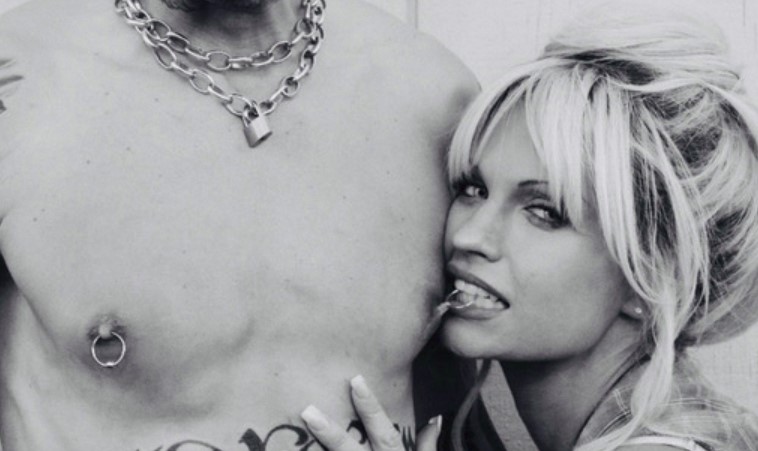 After the success of The Falcon and The Winter Soldier, Hulu is attempting to bank in on this Sebastian Stan hype with a first look at the miniseries Pam & Tommy starring Stan and Lily James.

Here’s a peek at Pam & Tommy, coming to @Hulu. Based on the true scandal that started it all, featuring Lily James, Sebastian Stan and @SethRogen… ready to rewind? #PamAndTommy pic.twitter.com/4ctdKYEm9F

As per Variety, Pam & Tommy is a comedy miniseries that seeks to tell the real-life story of Pamela Anderson and Tommy Lee and the release of their sex tape—which is considered to be ‘the first ever viral video in history.’ The series is expected to run for 8 episodes and will be directed by Craig Gillespie who had worked with Sebastian with I, Tonya.

Other actors in the series include Nick Offerman, Taylor Schilling, Andrew Dice, Pepi Sonuga, and Seth Rogen. While we don’t have a picture of anyone else on the cast, Rogen does give this look at his costume for his series:

My co-stars, Sebastian and Lily, are a lot cooler than I am. #PamandTommy pic.twitter.com/r8YWh1eBuJ

While the story focus on actual people Tommy Lee and Pamela Anderson, it’s said that the two don’t have any official involvement with the making of Pam & Tommy. We don’t know where the series is going to delve, but if you’ve watched I, Tonya, it’s likely that the show is going to be delving into less-then-pleasant territory; probably showcasing parts of Lee and Anderson’s lives that the two wouldn’t want people to watch.

Then again, I’m hoping that Lee and Anderson get involved even just a little. Hopefully Hulu will find some kind of compromise down the line.

No release date has been set for Hulu’s Pam & Tommy.