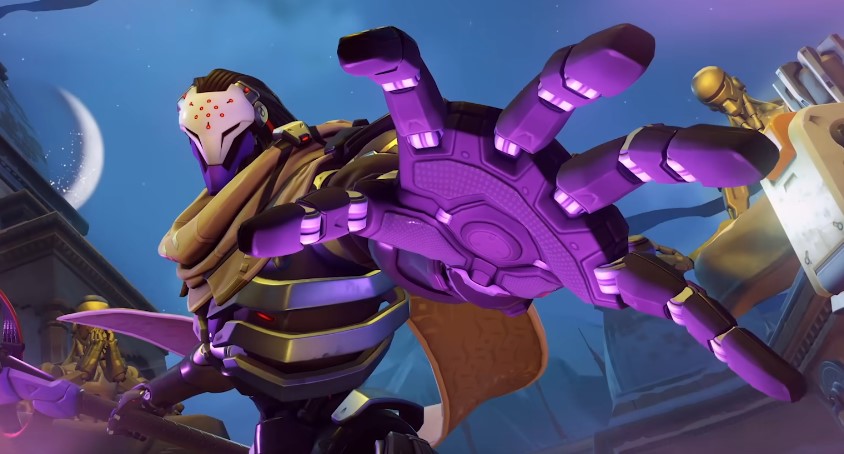 Zenyatta has been the peaceful mascot of the omnics since the first Overwatch, but the sequel is set to bring us the leader of Null Sector Ramattra as a playable character. With his launch set for December, we now have an official reveal of the Overwatch 2 character and how he plays in the field.

Overwatch 2’s latest tank hero is Ramattra, a relentless omnic fighting for the survival of his people.

Overwatch’s first tempo tank, Ramattra combines various lethal playstyles as he transitions between his Omnic and Nemesis forms. Get acquainted with Ramattra’s ability kit in his Gameplay Trailer and get ready for his debut in Season 2 on December 6.

Though Ramattra can’t heal like Zenyatta does, he does come with some pretty nifty tank abilities, plus some leaching abilities that you could compare to Moira. His nemesis mode is definitely interesting to look at, seeing as his multiple arms in the form is also a call back to Zenyatta’s multiple arms when he does his ultimate.

For a more in-depth breakdown of Ramattra’s kit, you can also check this Overwatch 2 gameplay overview out:

Ramattra will be the first new hero coming to the game post-launch, and a lot of people are excited to see how he plays. Admittedly, there are some people saying he already looks and sounds pretty OP, but I’m sure that the devs are constantly working on patches to balance things out whenever a new character joins the fray.