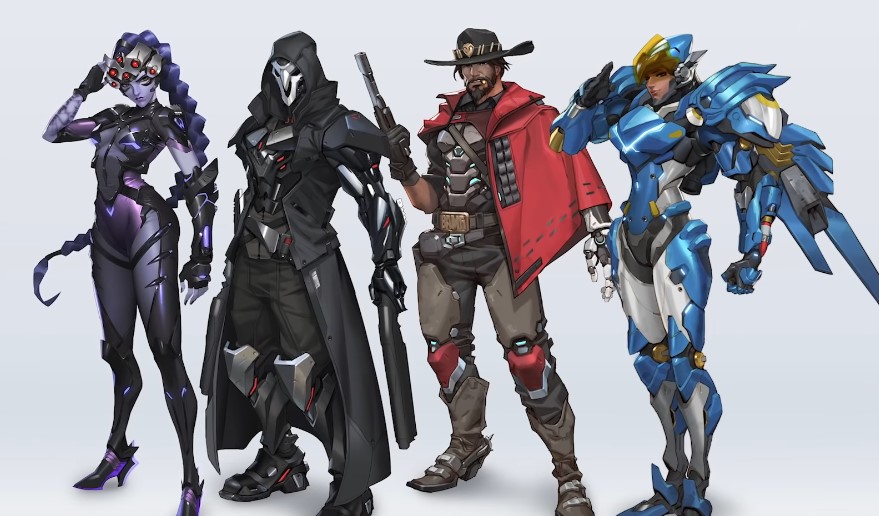 While we can’t get traditional conventions while COVID-19 is still floating around, Blizzard had decided to hold BlizzConline 2021 last weekend. One upcoming game that got a good dose of the spotlight was Overwatch 2, and we have a new video bringing together all of the big reveals for the upcoming game.

Check out the new maps, incoming characters, and changes in gameplay in this new video:

It’s very interesting how Overwatch manages to take real-world settings and give their own spin on them. The new Rome and New York maps all feel very authentic, but at the same time, you have that Overwatch futuristic twist, what with floating cars and hologram statues on ancient structures.

We also have a look at some more updated designs for characters like Widowmaker, Reaper, Pharah, and McCree. It looks like all the other characters from the first game are also coming back, but for now, Blizzard is yet to reveal their updated looks. We do get to see some of them play in the game like Ashe and Junkrat, though, so that’s a plus.

Originally, Overwatch 2 was expected to come out sometime in 2021, but the pandemic has probably pushed the release back further. That being said, no release date has been revealed for the sequel yet, and it’s still likely that 2021 release can still happen. Even then, I wouldn’t be surprised if the game was set to come out in 2022. Hopefully we get something during the Overwatch anniversary sometime in May. Guess we’ll just have to wait and see what happens.

For now, you can play the original Overwatch which is available for Xbox One, PS4, PC, and the Nintendo Switch.