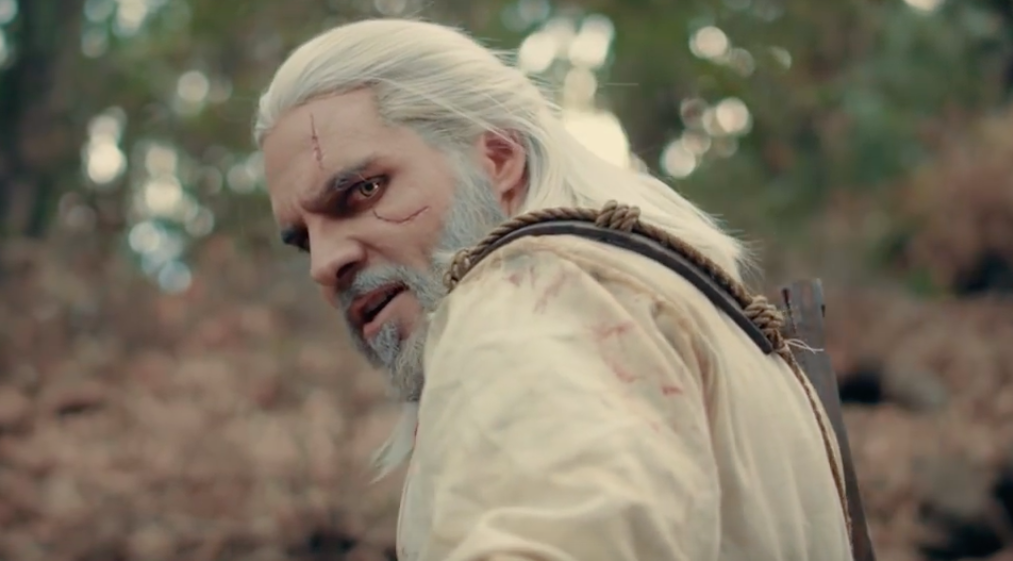 Fans of The Witcher know Ben Schamma, aka Maul Cosplay, for his many appearances in conjunction with CD Projekt Red during 2016 events. The cosplayer then went on to feature in and release a Witcher calendar, which is appropriately dubbed NSFW. Amidst all of this, he’s proven to look the part of the definitive Geralt time and time again. Now he’s taken his Butcher of Blaviken to new heights, in a short fan-film. Watch the White Wolf in action, alongside the fiery Triss Merigold (Erika Rodgers).

The short film is pretty much everything you could hope to see in a live-action version of the franchise. Minus Yennefer, of course. Bits of The Wild Hunt’s epic soundtrack are even used, to ensure you know you’re in the world of the Witcher. Though, admittedly, the nameless and unidentified enemy threat leaves much to be desired. Honestly, there’s no reason Geralt couldn’t have taken him on solo.

Geralt throws a few Signs, such as Aard, and Triss skillfully demonstrates why she’s one of the most powerful sorceresses. There’s are even a few brilliant moments when the monster hunter and the sorceress put their unique skills to use for quick instances of tag-team glory. A carefully placed fireball from Triss flies towards the Witcher, who then uses a sword deflection to send it soaring towards their iron-clad opponent. It’s a neat trick and fun to watch.

This may not be the first time the White Wolf appears in live-action this year. Sean Daniel, known for his work on the Mummy series, is set to produce a Witcher film which is supposedly slated to release sometime in 2017. No news has come out of the development as of late, so the likelihood of it being in our near future is incredibly low.