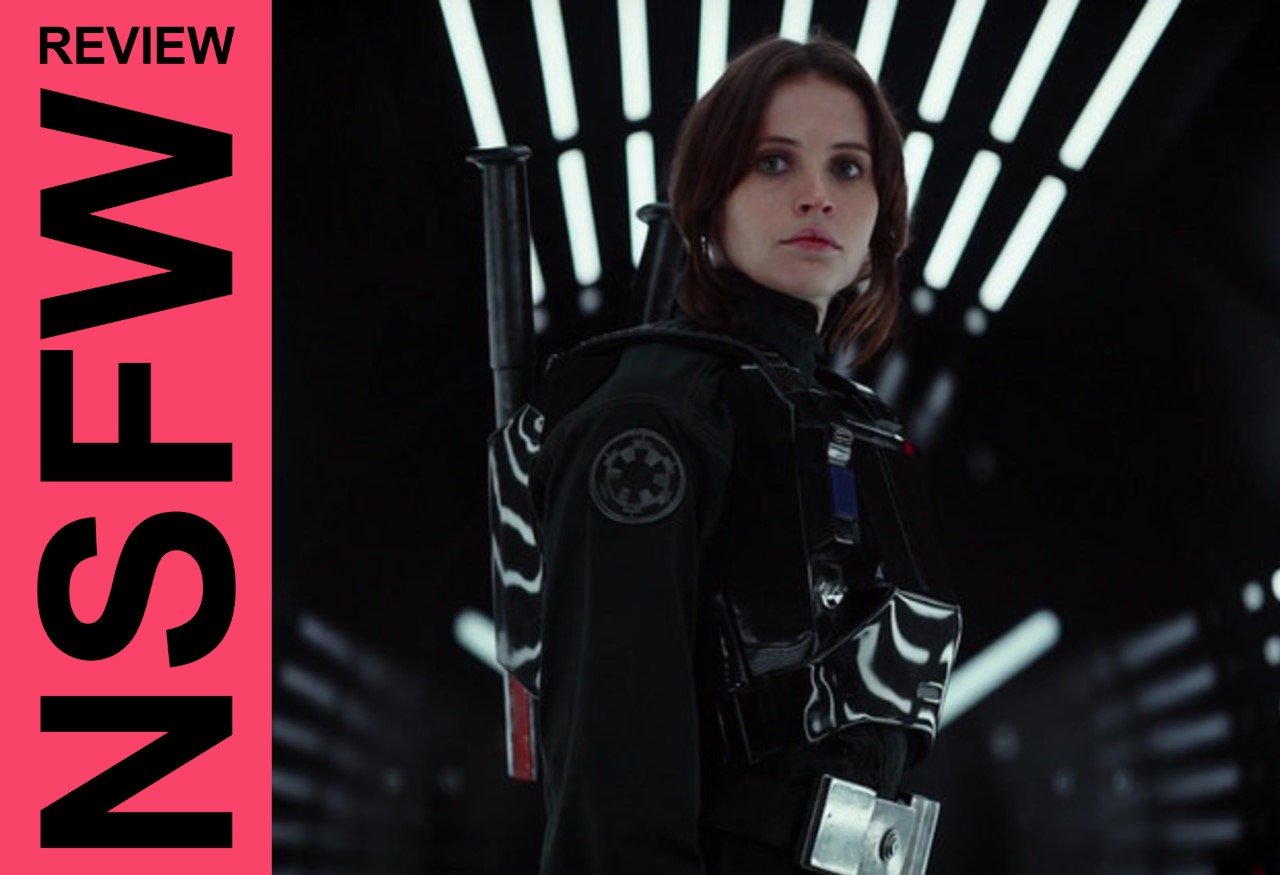 This is what Star Wars does to anyone obsessed enough to watch a screening that finishes at 3:00AM. But to say anticipation for Rogue One is higher than it was for The Force Awakens would be inaccurate. That marked the return of the franchise after years of abuse and CGI molestation, whereas this isn’t even a ‘proper’ Star Wars film. That’s abundantly clear right from the off – there’s no opening crawl and the theme music is also absent, which prompted several members of the audience to have a screeching fit. But you’re thrown onto the first planet so fast you barely have time to put out the atmospheric flames, let alone sulk over these controversial omissions.

In fact, having an opening crawl might have felt like stretching out a piece of writing to meet a word count (like I’m doing now), since the film literally depicts the events described in the text at the beginning of A New Hope. In a period of depression brought about by the prequels, a small group of Rebel spies attempt to steal the plans to the Death Star, so that Luke Skywalker can find the right orifice to insert his proton torpedoes. So, you already know how Rogue One ends, which makes it even more impressive that it manages to constantly keep you on the edge and even question how they pulled it off. I was rubbing myself with my action figures right to the end.

At one point I was concerned that Rogue One wouldn’t actually feel like Star Wars, and with the traditional fade and wipe transitions also missing, that was becoming a real danger. But despite all of this, it still manages to belong in the same universe, thanks to familiar, jaded aesthetics, practical effects and an abundance of Stormtroopers. The new characters also fit seamlessly into the world, delivering so much ‘actual’ acting I was almost uncomfortable with it.

Felicity Jones is harder than your dad in the lead role of Jyn Erso, Mads Mikkelsen plays her father Galen, but makes you wish he was yours, and Ben Mendelsohn’s Orson Krennic may have convinced me to buy a white cape. Donnie Yen’s blind Force enthusiast Chirrut Îmwe does more damage than anyone who can actually see, yet it’s the reprogrammed Imperial droid K-2SO (Alan Tudyk) that steals the show, with his morbid sense of humour. Now I have to buy a fucking figure of him.

Overall I have to give credit to director Gareth Edwards, who I wasn’t particularly behind after he made Godzilla look like a superhero. He messed with the formula and somehow ended up making, what I would say, is the best Star Wars film since the original trilogy. Mind you, he was heavily aided by a CGI resurrection of Moff Tarkin’s face, which made my jaw drop to my balls, and an ending so satisfying I’m having to clean my keyboard just to finish this review. The music was a bit shit, though. Four stars.

I’m currently disinfecting my action figures, which I think is a good sign.