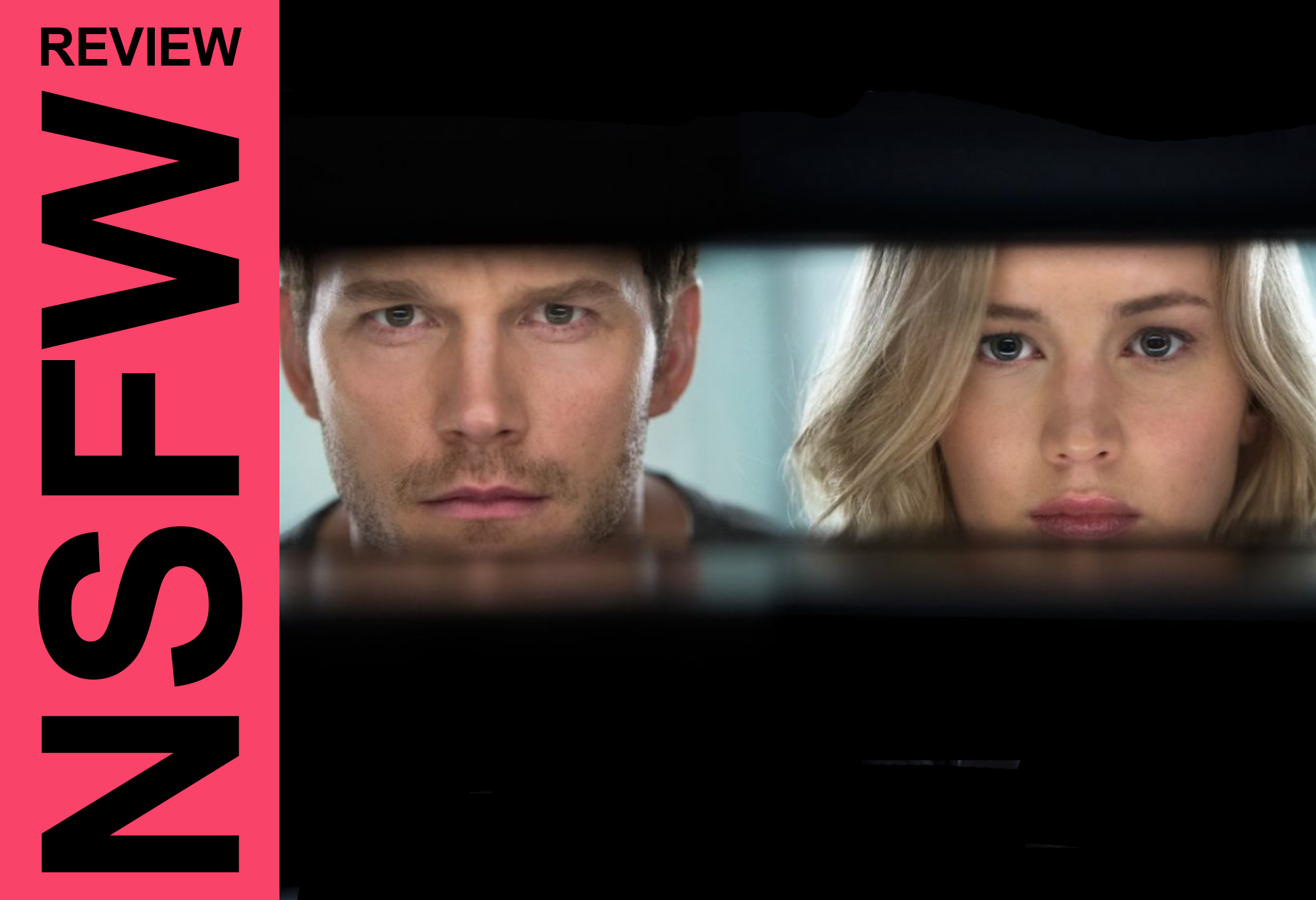 We really need more Chris Pratt and Jennifer Lawrence. Not together. Just in general. I can’t help but feel that every film without Pratt starring as the rugged man who says funny things suffers as a result. His dramatic versatility is truly earth-shattering, particularly in Jurassic World when he rides a motorbike alongside a pack of velociraptors. And there’s Guardians of the Galaxy, where he shoots blue-painted people while jumping in slow motion. As for Jennifer Lawrence, I barely acknowledge the female lead in a film unless it’s her playing the role. Although, that should go without saying, since she’s currently the only actress working, due to everyone else being too fat and hairy. So it’s a genuine delight to see them paired together in this expensive and shiny sci-fi romantic drama about beautiful people in space.

Passengers asks the highly important question of what would happen if a spacecraft carrying 5000 people started malfunctioning and randomly woke up just one person from their hibernation pod. The Avalon is 30 years into its 120-year journey from Earth to a newly colonised planet when it gets caught in a cosmic shit storm. Peppered by asteroids, the shields fail and all of the important parts of the ship are damaged in such a way that the characters can gradually discover the problems, rather than instantly die from decompression. The mechanics subsequently trip balls and Jim (Pratt), a handsome white man, is woken from his pod 90 years too early.

The creepiness of Jim’s actions sets a horrifying precedent for the rest of the film: there’s no escaping each other. It’s like a romantic version of Alien, where instead of being inseminated with a chest-popping worm, it’s just spunk from a man you’ve reluctantly accepted as the last person you’ll ever see. Even if Aurora finds out that she was woken up, she might as well forgive him, otherwise she’ll slowly go mad or find herself in a brilliant sci-fi isolation film, like The Martian.

Having said that, Jim doesn’t particularly have a creepy aura. We’re meant to understand his decision to wake up Aurora, because living out the rest of your days alone definitely sounds shit. The truth is, Pratt is just so charismatic and funny that, even when he’s taking someone’s life from them, he still looks like the hero. When he gets into a spacesuit for the action-y scenes, it’s as if all his previous acting experience has culminated to produce one entirely original protagonist that’s in no way similar to his past three roles.

The ship itself is adequately shiny, while the special effects convincingly surround the beautiful people with things they should probably be worried about. Like a weird swirling flame thing and a swimming pool that ends up floating because gravity decides to malfunction, too. Some might say that Lawrence is desperately sexualised, the script is laden with clichés that are insulting to the audience, a third character is added and then taken away for convenience, and the final act confirms that director Mortem Tyldum thought he was making six different films. I, on the other hand, feel enriched by the experience, and I’m thoroughly pleased that everyone involved made lots of money.

Passengers is so insultingly horrendous, I decided to review it as someone who thought it was brilliant.