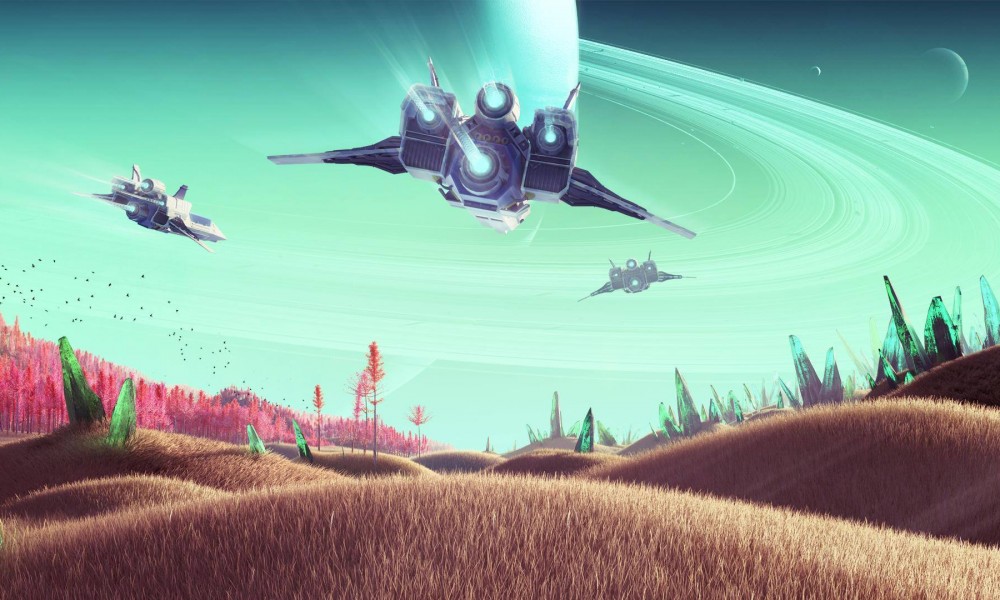 The hype-train has been an issue in gaming for many years. It will also likely remain as such for years to come. Hype, both warranted and not, is primarily built around a game’s first reveal. Most reveals come courtesy of fancy CGI/Cinematic trailers, which may or may not represent the actual game in development. While there have been cases of so-called “gameplay” or “in-game” demos misrepresenting a product (Aliens: Colonial Marines), CGI trailer debacles often catch the most attention. In turn, when all goes awry, they also catch all of the flack. Such is the issue that has led No Man’s Sky to its now infamous status among gamers and critics.

In December 2013, the head of Hello Games, Sean Murray, captured everyone’s attention with an indie game by the name of No Man’s Sky at what was then Spike’s VGX. Excitement ensued. The PS4 and Xbox One had just launched and everyone was enamored with the unfathomable possibilities. In the months and years that followed, the studio behind Joe Danger was thrown into an intense promotional cycle. No Man’s Sky was given all of the stage time and praise of a PlayStation first-party exclusive. The attention did wonders for them. However, deliver on the countless promises made they did not. Now we’re all left questioning what went wrong. Is Sean Murray to blame? What about gamers and critics that put the title on an unreachable pedestal? Perhaps Sony should be made culpable. One factor has yet to be given much consideration — its VGX announcement.

Host of The Game Awards, Geoff Keighley, has spoken out on the matter. Things are going to change for this year’s ceremony. Talking to Polygon, Keighley noted the following:

“I have thought about the story of No Man’s Sky a lot. Did we create this black hole of hype that the developers couldn’t pull themselves out of? Some of that was authored by me. There is a good moral of that story and it’s part of what I’m trying to address this year; to have developers be more transparent about the state of their game.”

Keighley is also being candid about his initial thoughts regarding the game, prior to its reveal:

“I agree with the feedback and told that to Sean Murray. That game, when it was announced, everyone in their mind’s eye came up with an idealized notion of what it was going to be. I knew the team and it was eight guys. The vision was never going to be achieved.”

Again, it’s been a tough lesson learned for all. According to Polygon, this year’s Game Awards will focus much more on gameplay. In some instances, a preview may appear in a Let’s Play-like format, with presenters taking up to five minutes in showing off their games.

“We’re going to have more diving deeper into games and gameplay,” he said. “We’re going to get deeper looks at premieres; they’ll run four or five minutes. I think people will be surprised at the depth of some of the game content we will show this year.”

Keighley admits that in talking to developers, some are finding it difficult to show off their work. The nature of gaming is changing. Thus, everyone’s on a different page because the model has changed so drastically over the last several years. However, many things are changing, albeit slowly. Developers and publishers are becoming more transparent, adapting to the landscape as required. Here’s to hoping a positive trend continues.

The Game Awards will stream live on December 1 from the Microsoft Theater in Los Angeles. You can catch it on Facebook, PlayStation Network, Xbox Live, Twitter, Twitch, and YouTube.