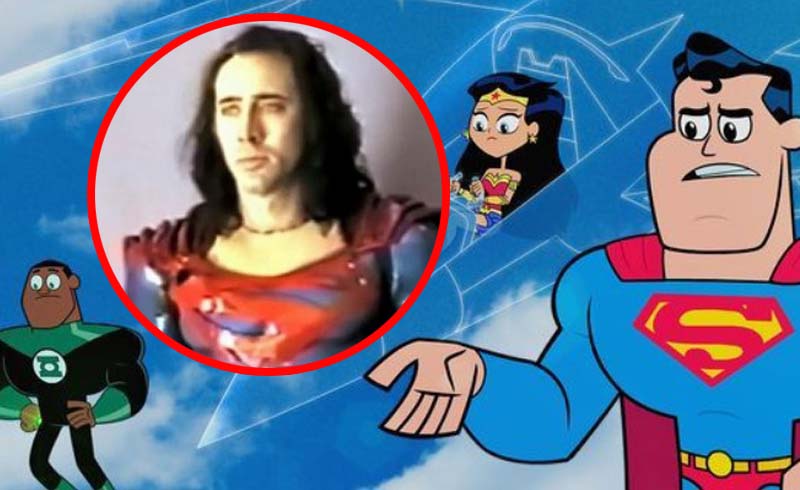 Back in the 90s, Nicolas Cage was set to star as the Man of Steel in Tim Burton’s Superman Lives. The movie famously never got made, but a lot of people have forever been curious about what kind of Superman Cage was going to bring to the big screen, but now Cage has a chance to bring the character to life.

According to USA Today, Cage has been cast as Superman in the Teen Titans GO! movie. Singer/Songwriter Halsey is also attached to voice Wonder Woman, and rapper Lil Yachty I playing Green Lantern John Stewart.

We should probably expect more voice cameos in the movie as well. Executive producer for the film, Sam Register commented:

“Every superhero in the DC Universe has an impact on the fans, so we felt a great responsibility to find a voice for each character that would not only suit the role, but the playful tone of the Titans, and we’re thrilled with our cameo cast.”

A lot of fans of the original Teen Titans show absolutely hate Teen Titans GO! for the reason that they traded action and drama for slapstick and comedy. The harsh truth is that the new generation of fans absolutely love this series, and I have to admit that some of the humor is actually pretty great.