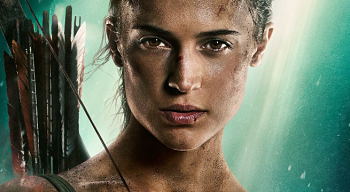 Tomb Raider is back in action and this time with Alicia Vikander in the lead role. Check out the newest poster released by Warner Bros. This is a much approvement over the first poster they released which several fans called out on social media for bad photoshopping on Alicia Vikander’s neck that lead to several parody posters. 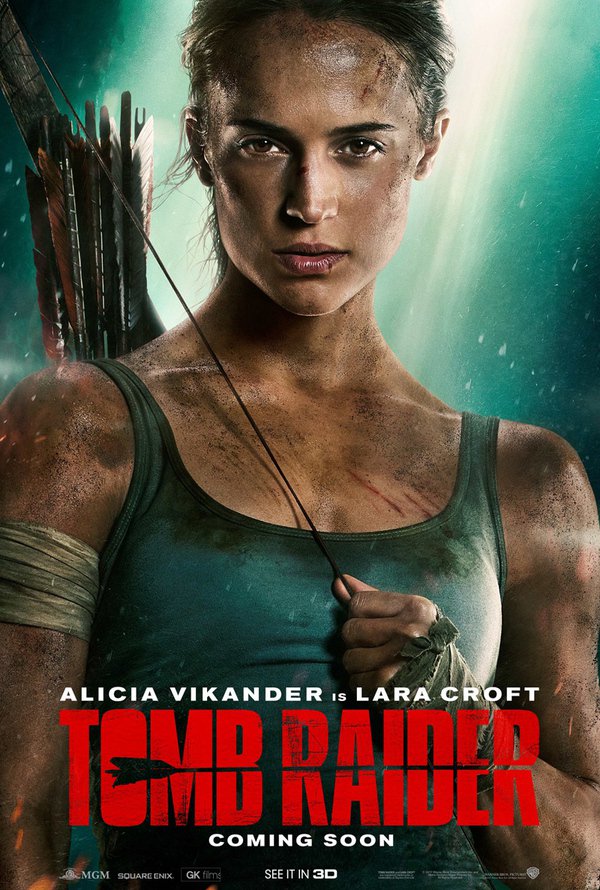 The poster might not be new, but it will be interesting to see how fans of the classic video game react after all the first movie with Angelina Jolie in 2001 had less than stellar feedback with a rating of 20% of critics and 47% of audiences disliking it it came with some pretty hard criticisms though it did gross a total of $131.1 million domestically making more than other movies based on games at the time.

This story of Tomb Raider will follow a different plot from the original movie and instead is focusing on the recently released video game series which launched in 2013. That series focuses on a younger Lara Croft as she starts out as an adventurer and has her searching for her long-lost father where she has to push herself like she’s never pushed herself before. You can check this out in the trailer below.

Tomb Raider will fall between two rather competitive weekends with five movies arriving on March 9, 2018 (A Wrinkle in Time, Gringo, The Hurricane Heist, Strangers: Prey at Night and The Upside) and five more on March 23, 2018 (Pacific Rim: Uprising, Action Point, Midnight Sun, Sherlock Gnomes and Unsane).

Are you looking forward to this take on Tomb Raider or do you wish they’d leave it alone? Let us know in the comments below.