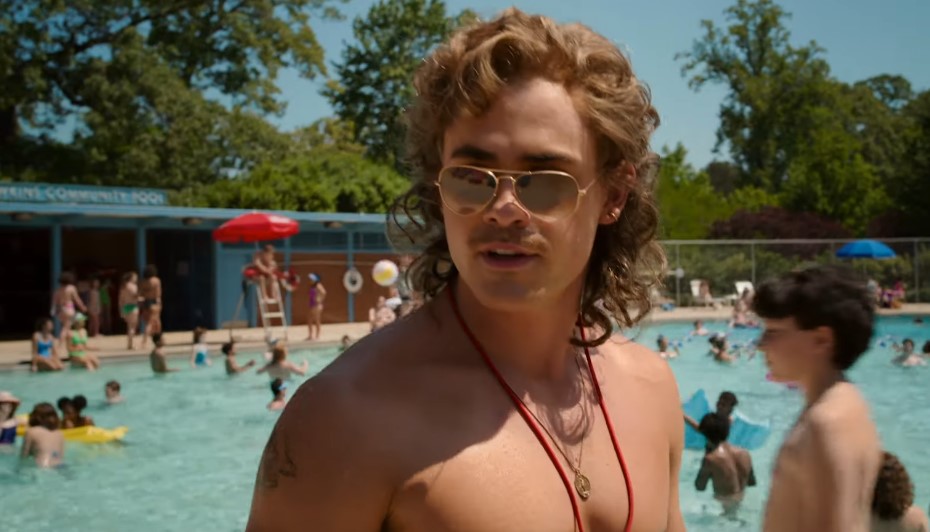 With Game of Thrones finally ending, Netflix has decided it’s the perfect time to start promoting the release of the next season of one of their biggest shows, Stranger Things. We just got a new clip from the show, and it has Billy (Dacre Montgomery) showing himself off at the local swimming pool.

If you’ll notice, Mike’s mom is one of the ladies sunbathing in the side, and she’s also the one that Billy compliments when he walks over. If you recall in the last season, there was one charged moment between the two when Billy shows up at Mike’s house. It would be funny to see just how this ‘romance’ progresses when it comes to the third season.

While some may think it’s abhorrent that a middle-aged Mrs. Wheeler is hitting on a young man like Billy, some say that this will mostly just be played off for laughs. If anything, the more serious subplots are going to be with characters like the kids and Jim Hopper.

Going back to Billy though, he was mostly made out to be a villain in the last season, but based on how much Steve has changed in the show, it’s very possible that they could make him more likeable this time around. After all, the real villains in the series are the characters from the Upside Down. What’s one more bullt-turned-hero?