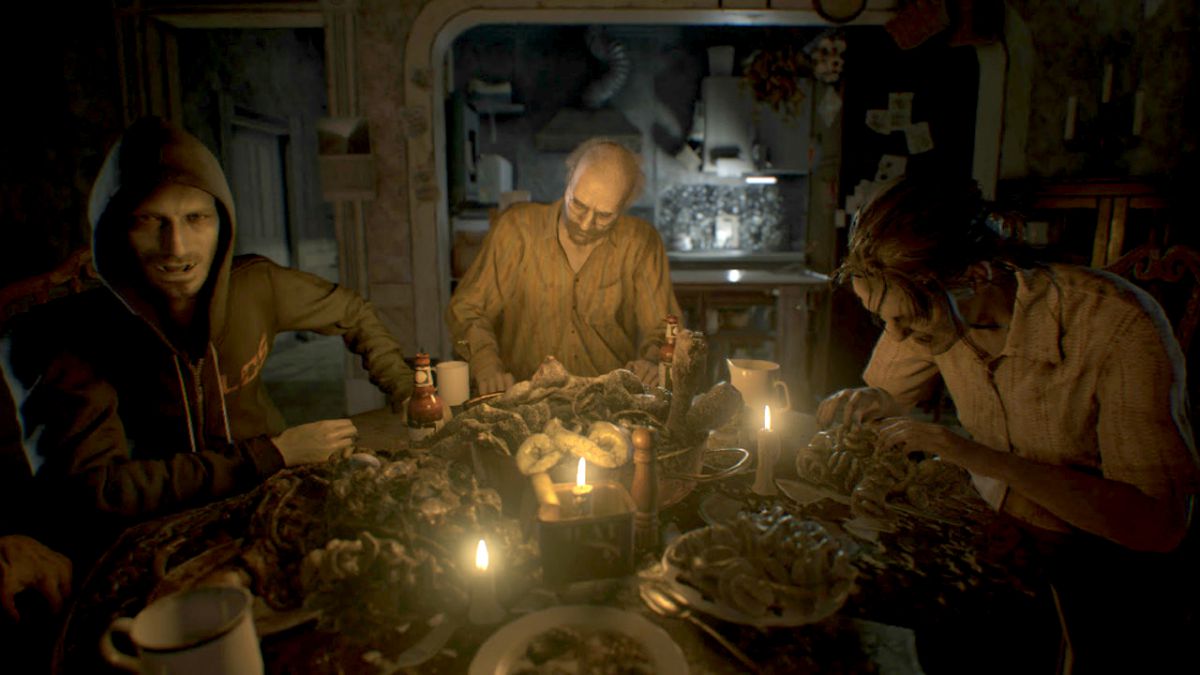 A new trailer for Resident Evil 7 has been released by Capcom, announcing an update for the game’s Beginning Hour demo. New areas in the derelict Baker Mansion will be available to explore in this “Twilight” demo, something fans are hoping will unravel some of the mysteries of the original demo (via GameSpot). Will there be a use for that dummy finger? The update will be available to download on September 17th.

This horrifying new trailer also gives us a better look at the sinister Baker family, who serve as the game’s monsters, if you will. The trailer concludes with them around a dinner table, serving up some grotesque dishes to protagonist Ethan. If you can stomach jump-scares, eerie music and the worst family feast ever. then check out the trailer below.

Alongside this new trailer and updated demo announcement, Capcom has also revealed the price of Resident Evil 7’s deluxe edition has been increased. It will now cost $89.99 instead of the previous $79.99. This increase is to accommodate a new piece of story DLC that is now going to be included in the game’s season pass. The deluxe edition of Resident Evil 7 will net you the game and the season pass, which now includes three story expansions. The first of those expansions will be made up of four short stories, whilst the second builds on the main game. What the new third expansion will entail is unclear at this stage.

Resident Evil 7  is a first-person survival horror game set to be drastically different to prior entries in the franchise. It will be fully playable in PlayStation VR and be compatible with the PlayStation Pro, Sony’s new 4K enabled console. The Pro will allow “the immersive gameplay to be experienced in high-resolution, luxuriant 4K with rich visuals only HDR can deliver,” according to a Capcom press release. A demo will also be available for Resident Evil 7 with PSVR.