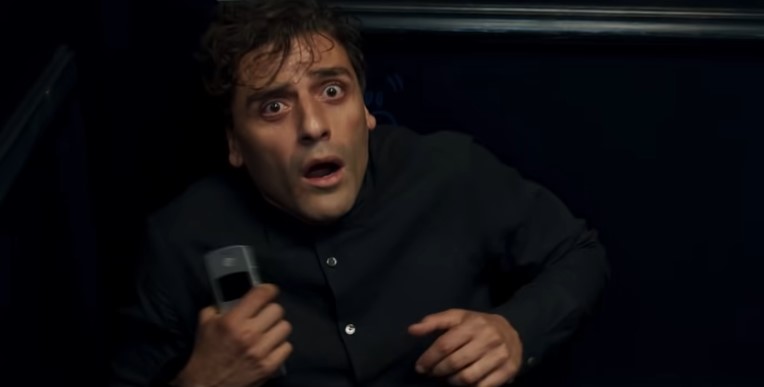 Moon Knight is coming to Disney+ is the next few weeks, and Marvel Studios is trying its best to get fans hyped for the release. Just in, we have a new clip of Marc Spector/Steven Grant being haunted by what looks to be the spirit of Khonshu.

If you’ve watched the other previews, we know that Khonshu appears several times in the series. The character that Moon Knight is even beating up in the first teaser is Khonshu; so I suspect that it will be some kind of relentless spirit that won’t leave Marc alone.

Just looking at how the scene is put together, you can say that the show definitely has some more aesthetically different choices as compared to other Disney+ shows. With Moon Knight, Marvel really is going to be delving into more experimental territory, seeing that this is the first show that will be focusing on a character that we haven’t met from the movies before.

I’ll admit, the distance the MCU has gone, the costume looks a tad goofy, but I’m sure it will make sense once we actually get to see it in action, jumping around rooftops and beating up criminals. Besides the Moon Knight persona, we also get to meet other personalities living inside of Marc Spector—and they will all contribute in their own unique way in accomplishing whatever Moon Knight is tasked to do by Khonshu.

Fingers crossed we can get a Daredevil cameo or future crossover down the line.

Watch out for Moon Knight when it hits Disney+ on March 30.