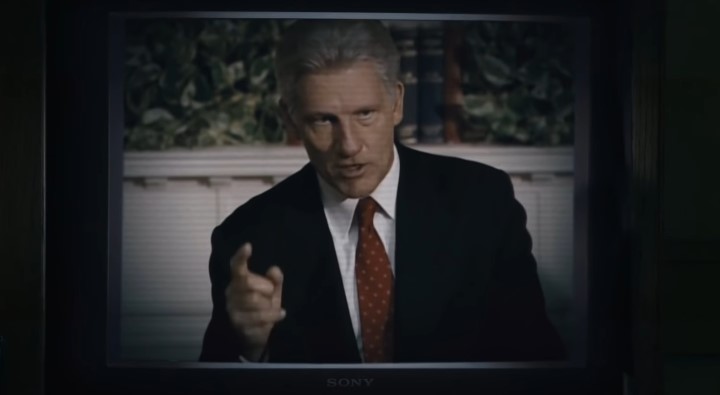 After tackling the OJ trial and the murder of Gianni Versace, anthology series American Crime Story is now going to delve into the impeachment case of Bill Clinton after the Monica Lewinsky scandal. The show is set to premiere next month, and we have our first teaser.

Impeachment: American Crime Story examines the national crisis that led to the first impeachment of a U.S. President in over a century through the eyes of the women at the center of the events: Monica Lewinsky, Linda Tripp and Paula Jones. All three were thrust into the public spotlight during a time of corrosive partisan rancor, shifting sexual politics and a changing media landscape.

Beanie Feldstein (Booksmart) has been cast in the main role of Lewinsky with Clive Owen playing the part of former president Bill Clinton. The show is also bringing back American Crime Story vet Sarah Paulson to play the part of Linda Tripp. Other stars include Margo Martindale, Edie Falco, Annaleigh Ashford, and Billy Eichner. Cobie Smulders is also playing the part of Ann Coulter after Betty Gilpin had to exit the show due to scheduling conflicts.

It’s also worth noting that the actual Monica Lewinsky herself is credited as a producer for this season.

Catch Impeachment: American Crime Story when it premieres on Sept. 7.