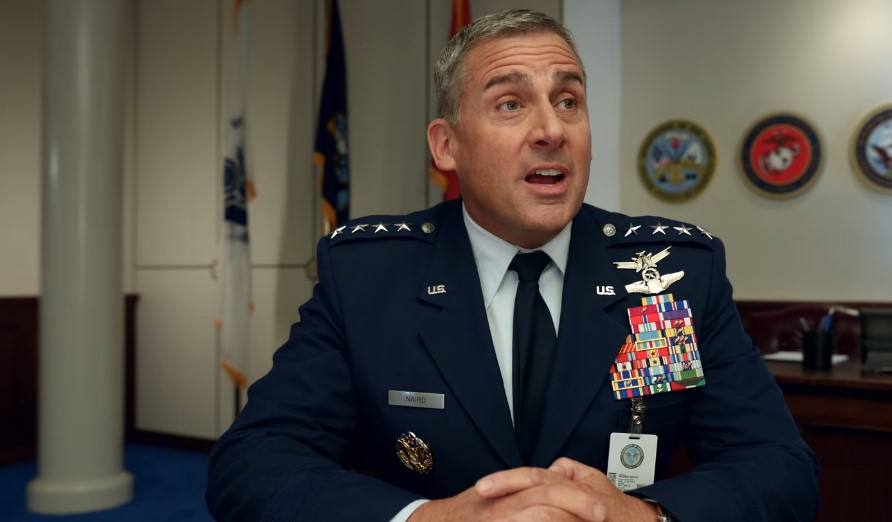 When Donald Trump made claims about bringing the military to space for a ‘Space Force’ a lot of people thought it was a silly idea. In fact, the idea was so silly that The Office showrunner and Steve Carrel have teamed up to make a show out of that idea. Now Netflix has released the first trailer for Space Force.

From the get-go, you can see that the series has managed to gather a star-studded cast. Besides Steve Carrel, the show will also include the likes of Lisa Kudrow, Ben Schwartz, Jimmy O. Yang, Jane Lynch, and John Malkovich. Fingers crossed we also get cameo appearances from Carrel’ co-stars from The Office.

Speaking of The Office, the show is set to leave Netflix in 2021, which has come as a huge bummer for fans, seeing that it’s the most watched show on the platform right now. If anything, Space Force kind of feels like Netflix trying to ease the blow of The Office leaving, and is giving us something that comes from the same creator, starring the same actor who plays a hapless boss.

I’m honestly very excited for the show, and I can’t wait to see what Carrel has in store for Mark Naird. Let’s also not forget he has a string of comedic talent working with him as supporting cast.

Space Force debuts on Netflix this coming May 29.