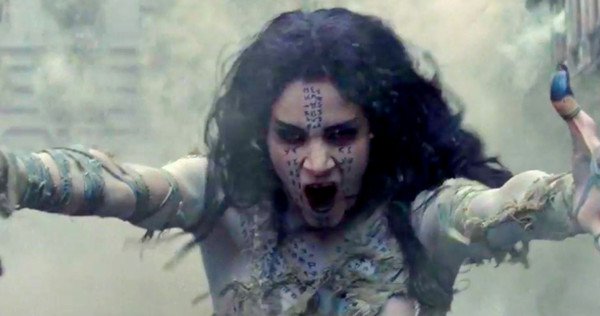 Universal are having another go at birthing their classic monsters universe after Dracula Untold was given a critical and commercial stake through the heart, and first up is The Mummy.

They’ve just released this gloomy one-sheet, which carries the tagline ‘Welcome to a New World of Gods and Monsters’. It sits snugly below the name of one of the few remaining Hollywood deities from a by-gone age; Tom Cruise. Although never doubting his quality as a performer, we’re not sure how much pulling power his name carries with modern audiences outside of the Mission Impossible brand. 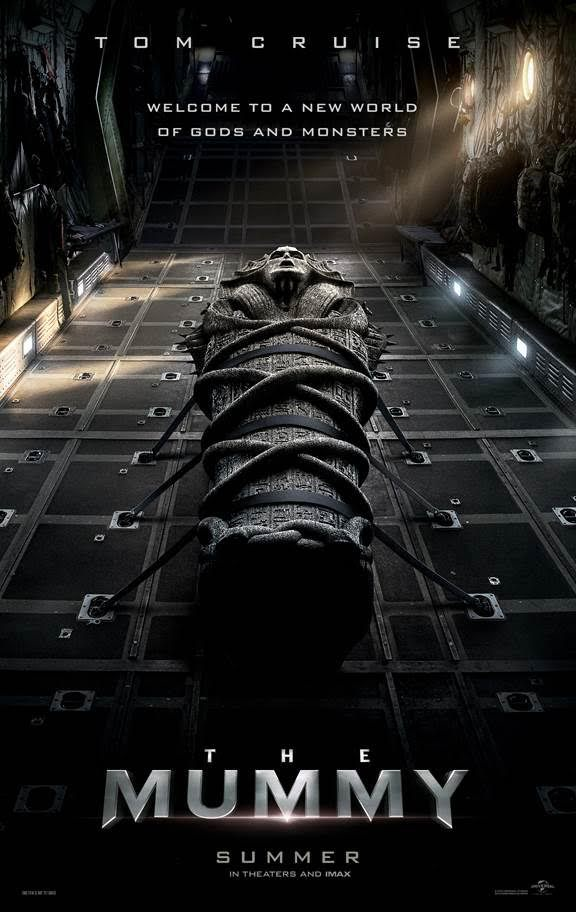 The true appeal comes from the bandage wrapped monstrosity laying inside that sarcophagus, tantalisingly strapped to a military plane. Here the dusty baddie is played by Sofia Boutella, who was so good in this summer’s Star Trek Beyond. She is Ahmanet, an entombed princess awoken to wreak havoc on a modern day world, having been wronged in her previous life.

Hoping to stop her are the combined talents of Annabelle Wallis (Peaky Blinders), Jake Johnson (Jurassic World), Courtney B. Vance (Terminator Genisys), and Russell Crowe (come on, you know who he is).

In conjunction with the poster, the studio also teased Sunday’s trailer launch with the below video, showing Cruise doing what he does best; running and swimming. We also get a glimpse of Boutella’s split pupil stare, her Enchantress from Suicide Squad style fit of anger, and Russell Crowe giving good serious face.

Whether this can erase the memory of Brendan Fraser, The Scorpion King CGI, and those abominable snowmen from the previous manifestation of The Mummy, will be discovered on June 9th 2017.