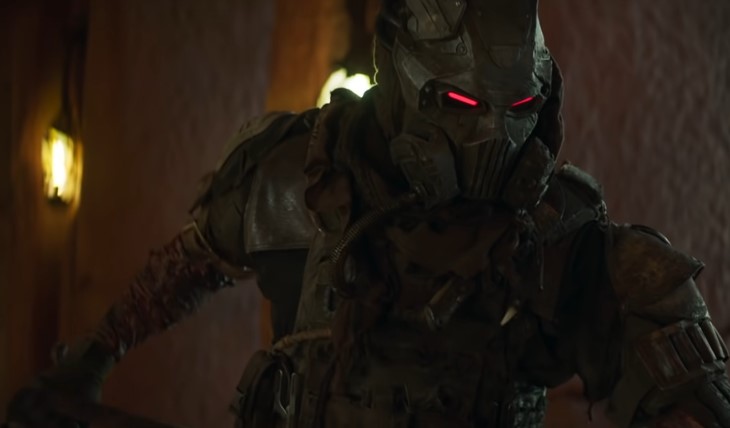 The Mortal Kombat reboot is set to come out later this month, and while we don’t have a second trailer yet, WB has dropped a new featurette giving us a closer look at the cast as well as some other characters that didn’t make the spotlight in the first trailer.

While we got more shots of characters we’ve already met like Liu Kang and Kung Lao, we also have a better shot at Outworld’s Mileena. One character that also debuts in this trailer is Kabal (Daniel Nelson). We don’t know what his significance in the story is, but damn, does he look great in the film. There are also some shots of a creature that looks to be Reptile, but I was kind of hoping that they kept the original humanoid look like they did in the earlier games.

Admittedly Mortal Kombat is a silly franchise, with a very over-the-top story brought to life by over-the-top characters. I’m just hoping that director Simon McQuoid finds a nice balance of campy and action in the film; but based on what we’ve seen in the trailers, it looks like this movie won’t disappoint—but that’s just wishful thinking on my part.

In “Mortal Kombat,” MMA fighter Cole Young, accustomed to taking a beating for money, is unaware of his heritage—or why Outworld’s Emperor Shang Tsung has sent his best warrior, Sub-Zero, an otherworldly Cryomancer, to hunt Cole down.  Fearing for his family’s safety, Cole goes in search of Sonya Blade at the direction of Jax, a Special Forces Major who bears the same strange dragon marking Cole was born with.  Soon, he finds himself at the temple of Lord Raiden, an Elder God and the protector of Earthrealm, who grants sanctuary to those who bear the mark.  Here, Cole trains with experienced warriors Liu Kang, Kung Lao and rogue mercenary Kano, as he prepares to stand with Earth’s greatest champions against the enemies of Outworld in a high stakes battle for the universe.  But will Cole be pushed hard enough to unlock his arcana—the immense power from within his soul—in time to save not only his family, but to stop Outworld once and for all?

Catch Mortal Kombat when it debuts in theaters and on HBO Max on April 23.