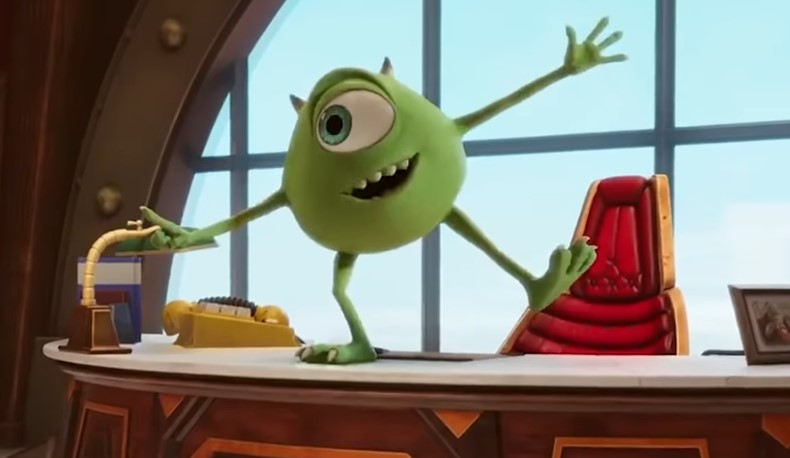 After Monsters University, Disney is now ready to come back to the world of Disney Pixar’s Monsters, Inc. with their new series, Monsters at Work. The series takes place directly after the events of the first movie, and we have our first sneak peek via Disney+.

Check out the sneak peek for Monsters at Work down here:

Laughter is what they’re after in this sneak peek from #MonstersAtWork, an Original Series, streaming July 2 on #DisneyPlus. pic.twitter.com/JKxp48UUtq

Though the characters of Mike (Billy Crystal) and Sully (John Goodman) do return, the show will focus more on a new batch of characters in a group called MIFT (Monsters, Inc. Facilities Team). The lead character is Tylor Tuskman, a top scare student at MU, who has entered Monsters, Inc. only to find out that the company is ditching scarers for monsters that can make kids laugh.

Other MIFT members include Fritz, Val Little, Cutter, and Duncan—all brought to life by an all-star voice cast which includes Henry Winkler, Mindy Kaling, Alanna Ubach, and Lucas Neff. Ben Feldman will be providing the voice of Tylor.

Probably one of the best elements of the Monsters, Inc.  franchise is the world-building, and Monsters University was able to build on that, giving us a look at how these monsters prepare for their scaring jobs. Though I don’t know how kid-friendly the concept could be, it would be great to see what the other scaring companies are doing following Monsters, Inc.’s laugh breakthrough; are Scream Industries and Fear Co. going to follow suit, or are they going to stick to tradition and just keep scaring kids?

Catch Monsters at Work when the show premieres on Disney+ on July 2.