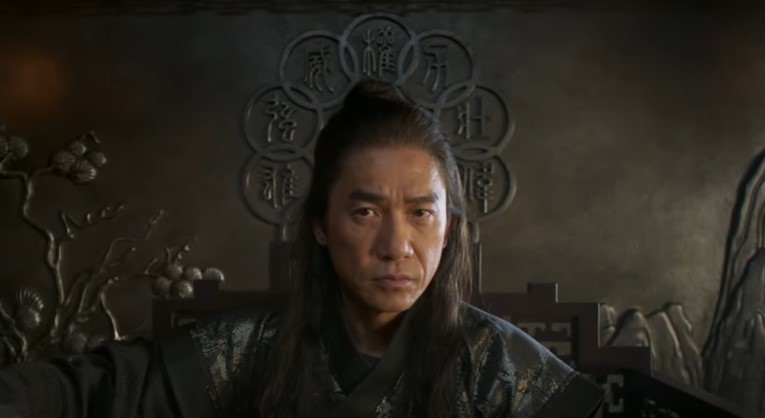 While Eternals was originally set to come out after Black Widow, it looks like Marvel Studios is going to be releasing Shang-Chi and the Legend of the Ten Rings instead. Just in, they’ve dropped a new trailer for the film, and lead Simu Liu kicks some serious ass.

Here’s a description of the plot for Shang-Chi(via EW):

“… a sweeping superhero epic that combines emotional family drama with gravity-defying martial arts action. Chinese-Canadian actor Simu Liu stars as the young hero, who spent the first part of his life training to become an assassin under his father’s strict tutelage. He’s since walked away and tried to build a somewhat normal life in America, only to find himself sucked back into his father’s sinister domain.”

What is surprising is that this trailer is kind of using references to the larger MCU sparingly. While we do get a shot of Tony Leung’s Wenwu in front of the symbol of the Ten Rings, he isn’t addressed as ‘The Mandarin’ (which is supposed to be his character). It would have been easy for Marvel Studios to bank in on in the Iron Man connection, but maybe they’re going to do that somewhere down the line.

Personally, I’m just crossing my fingers that they bring back Ben Kingsley’s fake Mandarin because we don’t know where he went after the All Hail the King short.

Catch Shang-Chi and the Legend of the Ten Rings when it comes out in theaters Sept. 3.