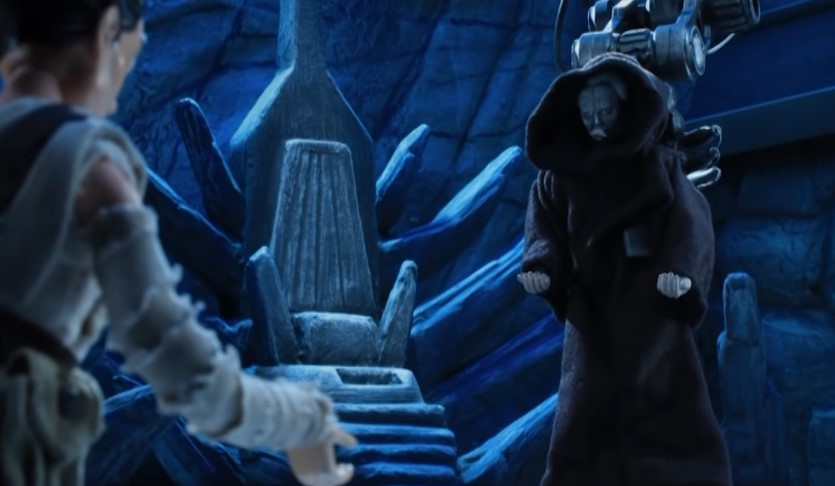 Before Disney acquired Lucasfilm, Adult Swim was able to have fun with the first six Star Wars films with Robot Chicken. We don’t know if Disney will ever greenlight another Robot Chicken Star Wars, but we do have a new clip of Seth McFarlane’s Palpatine revealing his plan to Rey in The Rise of Skywalker.

Check the clip out:

With Palpatine’s return being one of the more questionable decisions in the Sequel Trilogy, the skit pretty much pokes fun at all the holes in his plan. Though there are a lot of fans that like to bash and hate on the ST, I like how Robot Chicken can point out problems without feeling overly hateful—kind of the same thing they did with the prequels in the first RCSW specials.

With Disney opening up to some non-canon stories with the LEGO Star Wars specials and Star Wars: Visions, I’m crossing my fingers that they team-up with Seth Green and his gang to give Rey and everyone else in the ST some Robot Chicken fun. They already have some small skits on the ST, so a full episode should be a treat.

ST fans deserve their own version of ‘Robot Chicken Palpatine’:

We don’t know if Disney will eventually budge on their stance for more Robot Chicken Star Wars, but you can catch their new non-canon show Star Wars: Visions now on Disney+. For more canon material, you can check out The Book of Boba Fett premiering sometime in the holiday season.