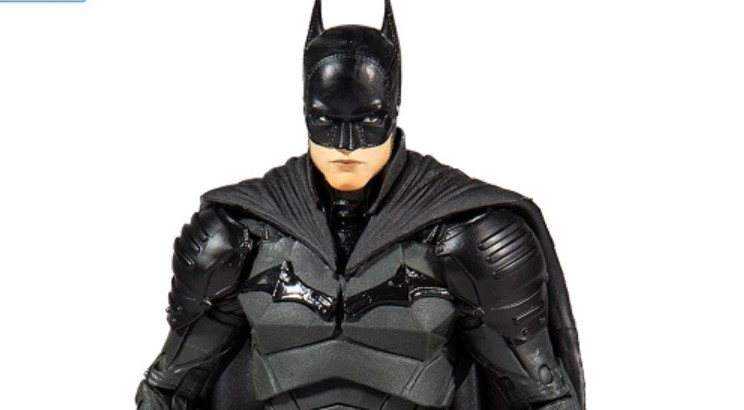 A lot of people got excited when DC FanDome saw the release of The Batman trailer last weekend, but it’s the reveal from McFarlane toys that gives us a great full look at the costumes of Batman, Riddler, and Catwoman.

Exciting news folks! You can NOW pre-order some of our VERY FIRST figures from The Batman movie DC Multiverse line! You can ALSO PREORDER the FOUR DC Direct Statues that I revealed during DC Fandome!
Check out McFarlane Toys for more info!#DCfandome #thebatman #dcmultiverse pic.twitter.com/QWf4ev95Yf

Catwoman, Riddler, and Batman toys are currently up for pre-order on McFarlane Toys' site. #DCFanDome pic.twitter.com/i0dMfwsI77

It’s also worth noting that McFarlane has also revealed a Batcycle for their ‘Battinson’ figure, and not to be a gripe, but it looks like a pretty standard black bike.

Back to the costumes though, I think this new Batman has a pretty great batsuit, but McFarlane needs to work on the way the cape looks. I mean, it’s great in a standard pose, but they should give collectors the option to replace it with a cloth cape.

As for other characters, this is the best look we have at Riddler’s costume. We don’t know why he comes with an ice pick, but I’m guessing that will have some kind of relevance in the film. This version of Catwoman is also different from past iterations because she’s actually wearing a full ski mask. Hopefully the come up with an alternate head showing Zoe Kravitz’s face, because of all the figures, I think the Catwoman one looks the most underwhelming.

Each character comes with a description that gives insight on the plot as well. Check these out:

BATMAN – The Batman is two years into his role as Gotham’s embodiment of vengeance – a nocturnal vigilante who strikes fear in the hearts of criminals. A reclusive scion of Gotham’s richest family questioning his family’s legacy, The World’s Greatest Detective stalks the streets at night employing a lethal combination of mental mastery, physical strength and expert technology on his journey to becoming the city’s symbol of hope.⁠

RIDDLER – The Riddler has quickly established himself as Gotham’s deadliest threat yet. This enigmatic, masked killer has devised a sinister series of puzzles and tortuous devices to entrap Gotham’s elite and publicly unmask the city’s darkest truths.⁠

CATWOMAN – Selina Kyle is a mysterious figure who is quietly infiltrating Gotham’s seedy underbelly to further her own agenda. Her fierce attitude and tenacious agility are the perfect tools to excel as a cat burglar, but hidden underneath the array of identities and the motorcycle leathers is a protective soul who’s more at home with the city’s strays than its citizens.⁠

The Batman is set to hit theaters on March 4, 2022. You can pre-order these McFarlane figures today.