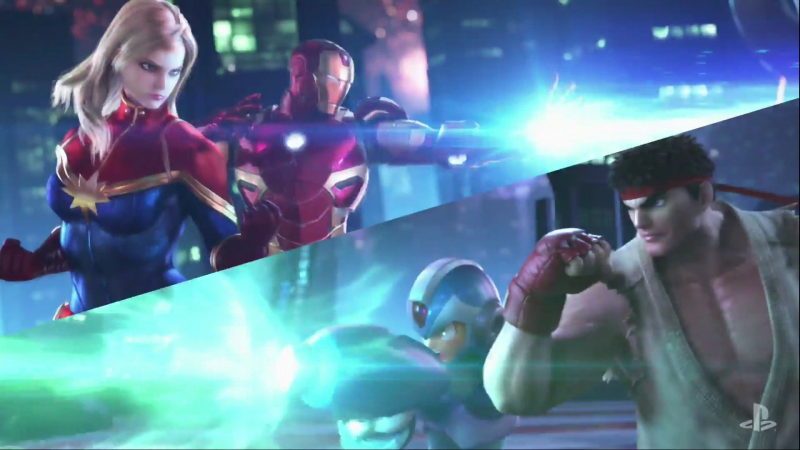 Rumours were swirling in the build-up to this weekend’s PlayStation Experience that fighting fans were about to be treated to their first glimpse at Marvel vs. Capcom 4. And so they were.

Marvel vs. Capcom: Infinite is the official name for the fourth installment in the beloved series, with a cinematic trailer showing off a bout featuring Street Fighter’s Ryu and 8-bit favourite Mega Man going up against comic book duo Iron Man and Captain Marvel. No gameplay was shown during the unveiling, but we’ve been promised some over the course of the weekend.

Capcom may also shed some light on the roster, with leaks earlier this week suggesting that the X-Men would not be part of the game. Marvel’s mutants have been an absolute staple of the series since its debut in 1996, but Infinite will apparently focus on characters from the Marvel Cinematic Universe instead (the title is perhaps a nod to the upcoming Infinity War). That means you can probably expect far greater exposure for the likes of Rocket Raccoon, who may well be joined by Guardians of the Galaxy companions like Groot. It’s also a safe bet that we’ll see the likes of Captain America, Spider-Man, Thor and Hulk.

On the Capcom side of things, stars of Resident Evil, Dead Rising and Devil May Cry are sure to join Ryu and Mega Man in the line-up. The Japanese publisher hasn’t launched a new franchise of note since Marvel vs. Capcom 3’s 2011 release, so it’s difficult to predict anyone new who might join the fight.

Speaking of MvC3, its Ultimate incarnation from later that year has been released for download on PlayStation 4 today. It’s a welcome and surprise addition to the console’s storefront, although there’s as yet no word on what improvements – if any – it offers over the PlayStation 3 version. There also doesn’t seem to be any form of upgrade promotion.

Marvel vs. Capcom: Infinite will be released in 2017.