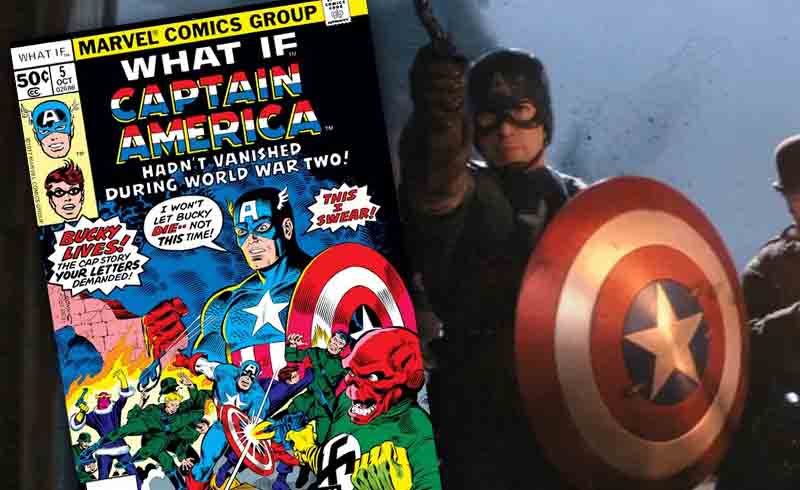 Whereas DC has alternate universe stories with their Elsworlds banner, Marvel comics kind of has the same thing with their What If series. What’s interesting, Marvel Studios is working on an animated anthology series based on the comics.

According to /Film, Marvel Studios is developing the series for Disney+, and they’ll be covering alternate realities of the MCU based on a change in one particular story element. One particular episode is already said to be lifted from the comics, What If Loki had Found the Hammer of Thor?

Marvel Studios and Kevin Feige are set to develop a ‘WHAT IF’ Animated TV Series for Disney+. (Source: https://t.co/OwgJ961DVn) pic.twitter.com/OvN5UVQ5t6

The comics for What If have kind of went on and off over the years, but I think it would be interesting to bring these imaginary scenarios to the MCU. I’d like to see what would happen if they made an episode asking What If Captain America Never Got Frozen or What If Tony Stark Never Made the Iron Man Suit?

I’m sure fanboys would definitely be up to watch What If James Gunn Never Got Fired from Directing Guardians of the Galaxy Vol. 3.

Marvel Studios sure has a lot planned for this Disney streaming service. Besides the live action miniseries like Loki and Vision/Scarlet Witch, they have this animated series to come up with. I’m just hoping they don’t skimp on the animation quality like Lucasfilm does with shows like Forces of Destiny or Resistance. I mean, sure the show gets a lot of praise, but that animation needs a while to get used to.

No release date has been set for Marvel’s What If series.