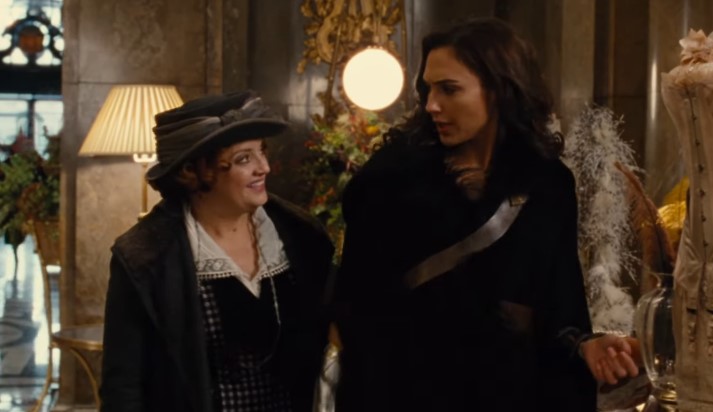 Lucy Davis may have played Steve Trevor’s secretary in Wonder Woman, but she was nowhere to be found come the sequel Wonder Woman 1984—or was she?

In a small cameo in the beginning of the film, you’ll actually get to see Davis’ cameo as an elder Etta Candy in one of Diana’s photographs in her apartment. Davis shares a close-up on her IG:

In a movie that was just filled with men, I actually wished we got more of Etta in Wonder Woman. Though her scenes were short, she does make for fantastic comic relief. I really wish we got to find out how her life turned out at some point in 1984. Maybe it would have been fun to run into a granddaughter who looked just like her?

For now, Wonder Woman 1984 is being met with divisive reviews. While the movie does make for a good kids film, it kind of lacks in comparison to the maturity that the first movie had. Not to mention, a lot of character choices for Diana are very questionable. I mean, sure she loved Steve, but it’s so weird that Diana would be alone and possibly antisocial 60 years into the future. What kind of woman is Diana that she would only settle for one guy and never move on after so long? Not to mention it kind of got worse when it was implied that she would only start dating again, and it’s with the guy who was possessed by Steve for a few days.

Either way, it’s definitely divisive, and I’m just hoping that director Patty Jenkins gets back to the tone of the original with Wonder Woman 3. For now, catch Wonder Woman 1984 now available in theaters and HBO Max.