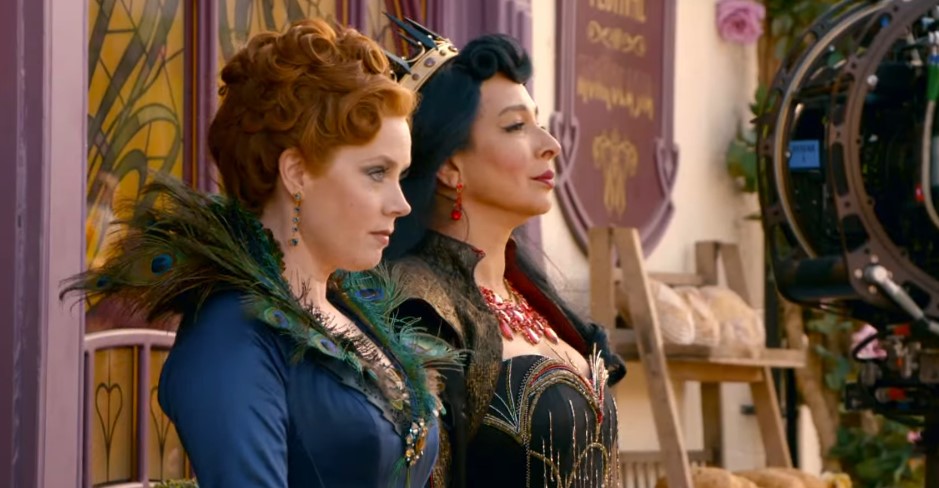 There are several things to love about Disney’s Disenchanted, and with the music getting its own featurette, we now have a new special look at the costumes with stars Amy Adams and Maya Rudolph.

With Giselle’s signature color being blue in the first movie, you’ll notice that her first costume change in Monroelasia is actually a call-back to Giselle’s costume from the That’s How You Know number—only this time, it’s given that more mature, motherly flair.

Of course, the most fabulous costumes in the films belong to the villain (or rather villains), and we get a closer look at the costumes for Malvina and Wicked Giselle. It’s kind of cool how Giselle’s look transitions from blue to purple, until we get her final red dress in the finale. I probably wouldn’t have been able to point out the vines if they didn’t mention it in the video.

All-in-all, Disenchanted is a solid follow-up, and I would love to see more of Giselle if Disney was willing to give it a chance.

It has been 15 years since Giselle (Amy Adams) and Robert (Patrick Dempsey) wed, but Giselle has grown disillusioned with life in the city, so they move their growing family to the sleepy suburban community of Monroeville in search of a more fairy tale life. Unfortunately, it isn’t the quick fix she had hoped for. Suburbia has a whole new set of rules and a local queen bee, Malvina Monroe (Maya Rudolph), who makes Giselle feel more out of place than ever. Frustrated that her happily ever after hasn’t been so easy to find, she turns to the magic of Andalasia for help, accidentally transforming the entire town into a real-life fairy tale and placing her family’s future happiness in jeopardy. Now, Giselle is in a race against time to reverse the spell and determine what happily ever after truly means to her and her family.

Disenchanted is now streaming on Disney+.