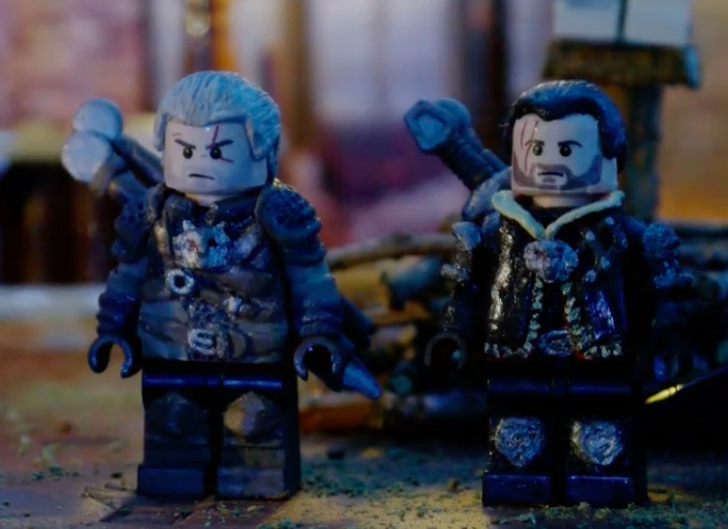 Stop-motion animation is tough work, and Lego figures probably don’t make the job any easier. However, Lukas Brinza’s short film excelled at both the animation and capturing the bleak world of The Witcher. It’s short, charming, and filled with heart and effort. No wonder the official The Witcher Twitter account chose to share it. The film depicts Witchers Geralt and Lambert leaving Kaer Morhen, as they set off in search of monster slaying contracts. The two later cross paths in Novigrad when the impending execution of a Witch unites them in battle, likely against The Order of the Flaming Rose.

Admittedly, Eskel may have been Geralt’s preferred companion, based on continuity, as those two trained together. But Lambert being the youngest, and needing the White Wolf’s aid in combat works well here. The tone of The Witcher Universe is perfectly captured, and the hand-drawn storytelling stills match that of the games. One of the highlights has to be Geralt throwing the Wyvern trophy on the contract owner’s desk — it’s perfect.

The Lego mini-figures look great, as well. Managing Geralt’s long locks and the Witcher Medallion had to be difficult, but Brinza should be especially commended for crafting the custom faces. Following the release of The Witcher 3’s Blood and Wine expansion, fan work like this makes saying goodbye to Geralt a tad bit easier.