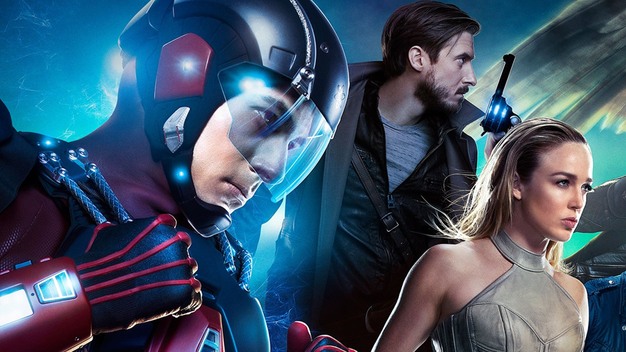 In a move that’s sure to please Arrowverse fans, The CW has announced Supergirl, The Flash, and Arrow will only have 22 episodes this season, as opposed to the normal 23. The biggest deal is for Supergirl, of course, who’s first season had a 20 episode run on CBS. However, this is a big step for Arrow and The Flash, as well. Both have been criticized for having too many episodes, which typically results in filler. It would stand to reason the one episode lost, could be of great benefit.

News of Legends of Tomorrow’s episode count reveals Season 2 has a 13 episode order. Network president, Mark Pedowitz (via TVOM), clarified the season could potentially gain another nine episodes. The show’s first run had an order of 16, but pacing issues kept it from excelling where The Flash and Arrow don’t with their longer seasons. Producers of Legends have touched on learning from the first effort, and improving upon it greatly. Will 13 episodes allow them to do just that? The only concern is whether or not the show is currently being written with the count in mind. Is this a story that can be wrapped in 13 weeks, or will a part of it be contingent on the season having a back half? Here’s to hoping the latter is not an issue.

It would be great for Legends to just have the shorter count. Let a contained story be told, then return for another go in Season 3. Is The CW willing to give their creators that much freedom? Could Marc Guggenheim ask for a 16 episode run of Arrow? We’d like to think so, but it seems unlikely. Yes, the argument can be made that Netflix’s Daredevil and Jessica Jones series still have filler in their 13 episodes, but it’s not nearly as extensive.

The network is packed now, so maybe, in an odd way, this will act as a proof of concept. We’ll know for sure when all the shows return this fall. The Flash kicks off on October 4, followed by Arrow’s October 5 premiere. Supergirl sophomore season begins the next Monday on October 10. Legends of Tomorrow rounds it out with its October 13 return.