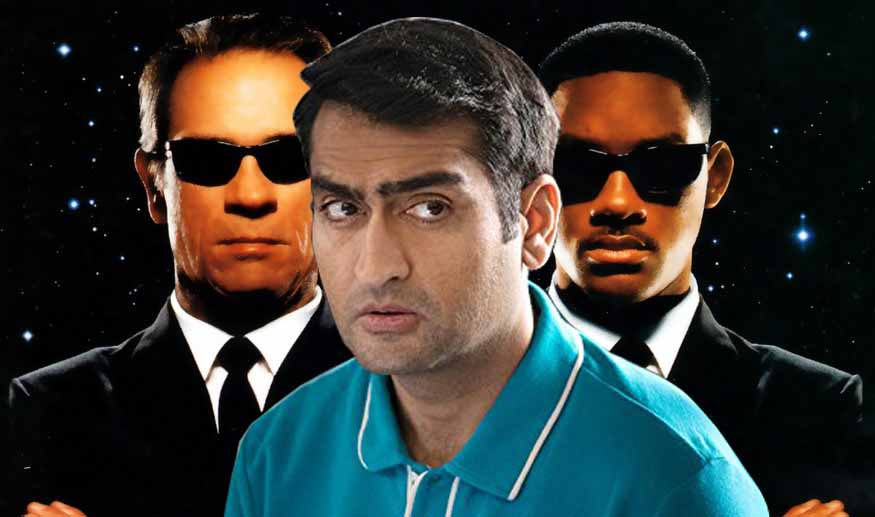 F. Gary Gray is currently working on a reboot/sequel for Men in Black, and it will star Thor: Ragnarok actors Chris Hemsworth and Tessa Thompson. Now it looks like the movie has cast its comic relief in the form of Silicon Valley’s Kumail Nanjiani.

According to That Hashtag Show, Nanjiani is playing an alien named Pawny, and he’s described as a wise-cracking, sex-driven alien. This also isn’t the first time that Nanjiani played a none human character. He’s voiced Jarun Tann in Mass Effect: Andromeda and an orc named The Agonizer in Middle-Earth: Shadow of War.

Nothing more is said about Nanjiani’s character, but I can’t shake that the “Pawny” name is a reference to Tony Shalhoub’s character from the first MIB movies where he’s an alien pawn shop owner.

In the movie, we will follow the exploits of the U.K. branch of the Men in Black with Hemsworth starring as veteran Agent H and Thompson playing newcomer Molly. Liam Neeson is also in the film as head of the UK MIB. The film is also being marketed as a globe-trotting adventure involving aliens.

Seeing that I wasn’t really impressed by the last two MIB movies, I really don’t know what to expect from this film. Nevertheless, it’s a fun world, and I would love to see how director F. Gary Gray plans to expand it.