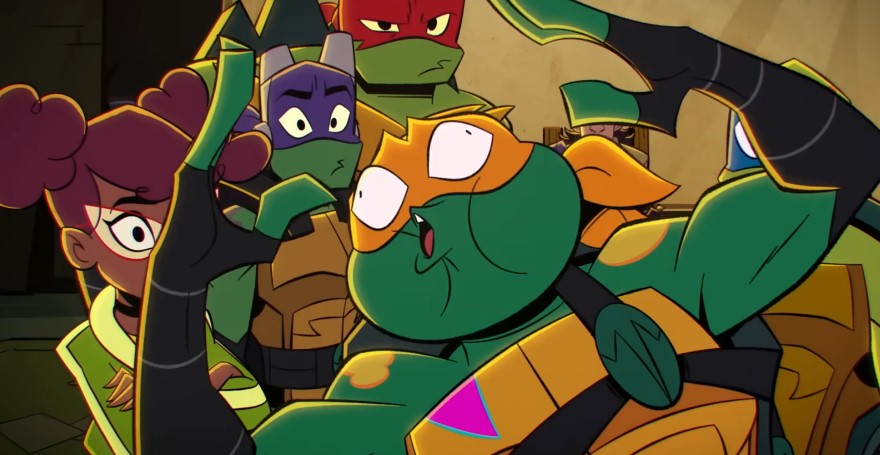 Here’s the trailer for Rise of the TMNT: The Movie:

With Rise giving its own special twist on the turtles with their differences in weapons and powers, they’ve also done the same thing to legacy characters like Casey Jones and Krang.

This time around, Casey is actually a soldier from the future (not too different from Terminator’s Kyle Reese), and he consideres the older versions of the turtles as his mentors. It’s a pretty cool concept, seeing that Casey is dressed in sports gear because he’s salvaged it as armor.

We also don’t know how different Krang will be in this series, but I’m guessing their sibling dynamic is going to mirror that of the turtles in the movie. While the live-action films have always been kind of mediocre, I always expect animation to have a completely smoothed out story—especially since it’s a medium that can’t afford as many mistakes and deleted scenes as live-action.

When a mysterious stranger arrives from the future with a dire warning, Leo is forced to rise and lead his brothers, Raph, Donnie, and Mikey in a fight to save the world from a terrifying alien species.

Catch Rise of the Teenage Mutant Ninja Turtles: The Movie when it streams on Netflix on Aug. 5.