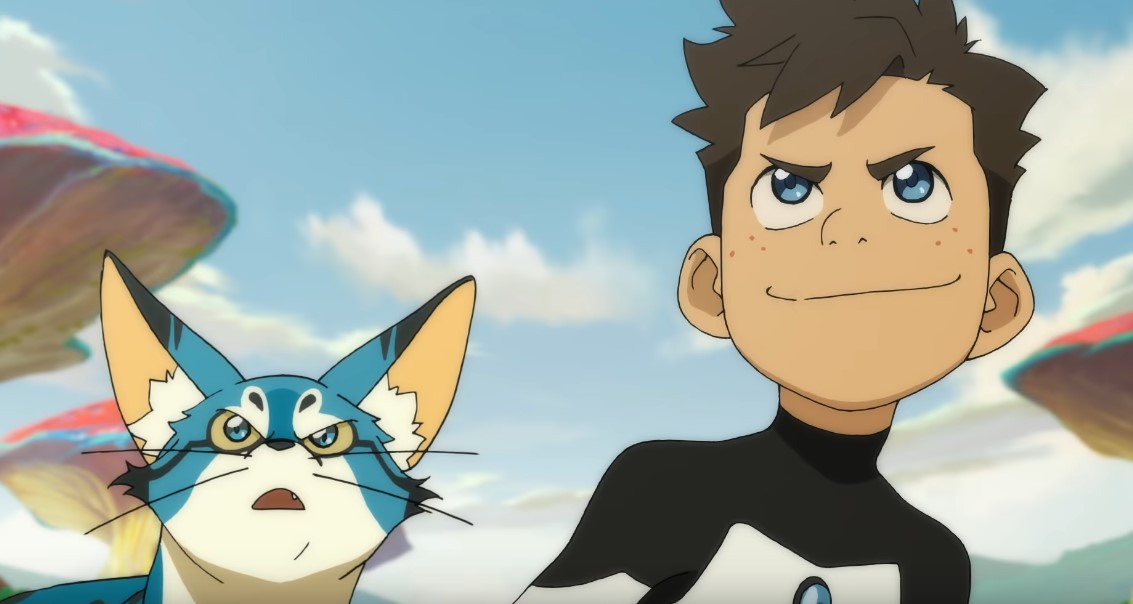 With projects like The Legend of Korra and Voltron: Legendary Defender under its belt, Studio Mir has provided a gold standard for anime-inspired animated series. Now they have a new project at hand called Koji, and they’ve released a pilot hoping to get some investors interested in picking the show up.

Koji crash lands on a colorful earth-like planet, inhabited by incredible alien creatures and hybrid animals. It’s here that he meets Tako, a giant blue cat with water/ice powers, who will become his lifelong best friend. They journey together to defeat the evil spreading throughout the land, and it’s up to them and a few valiant others they meet along the way to put an end to the Robot King and his mechanical army.

As you can see, the animation is absolutely stunning, and Mir has once again created a fantastic-looking world with some breathtaking action scenes and kid-friendly humor. With their reputation alone, I have a feeling that this show is going to be picked up in no time. I wouldn’t be surprised either if it was Netflix has took the opportunity.

I have to say, while some people think that The Dragon Prince is the spiritual successor of the Avatar franchise, it looks like Koji is trying to take that mantle for itself. You have a boy protagonist who likes to befriend giant mammals; add to that a world with mixed animals like “Pugorillas.”

Here’s hoping that Koji eventually gets picked up.