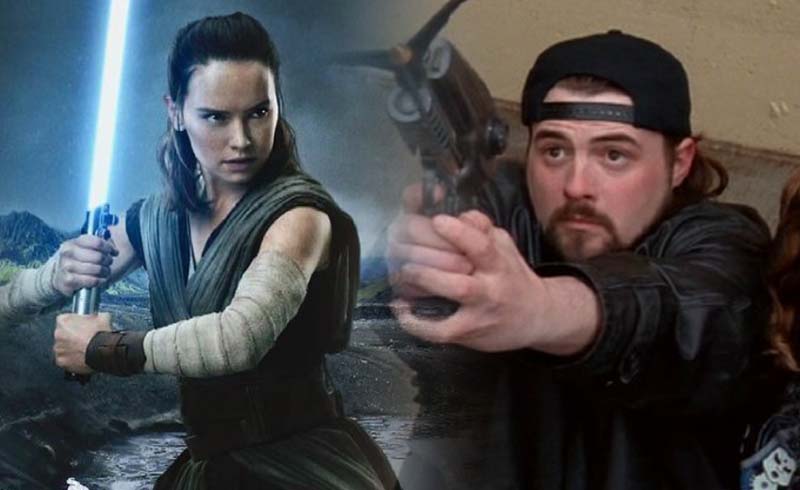 Kevin Smith may not have his own Star Wars project in the works, but he does get the opportunity to visit the Lucasfilm sets from time to time. He was given the chance to come and see this supposedly massive set built for Star Wars: The Rise of Skywalker, and he talks a bit about his experience.

Talking during his podcast, Smith said:

“The point is, nobody knows what this movie is other than J. J. [Abrams]. I saw a little bit when I was there, but I didn’t see – the only thing that was relevant, that was near what I saw, was that, at one point… There’s a shot of the ship coming into the city in the mountains. I saw that, and it was huge. HUGE! It was such a big set, the biggest set I’ve seen in my life.”

Seeing that this was the finale to not only the sequel trilogy but also the Skywalker saga, I wouldn’t expect less from Lucasfilm to try and go all out for the movie. While I’m honestly getting some reservations about bringing Palpatine back, I trust that J.J. Abrams does a faithful follow-up to The Last Jedi rather than some huge retcon to the revelation about Rey’s parents or Snoke being dead.

For now, everyone is just digesting the teaser that we got from Star Wars Celebration 2019. We don’t know when the next preview will come, but I’m sure Lucasfilm is going to have to juggle it with reveals for other big SW projects coming out this year like Star Wars Jedi: Fallen Order and Jon Favreau’s The Mandalorian.