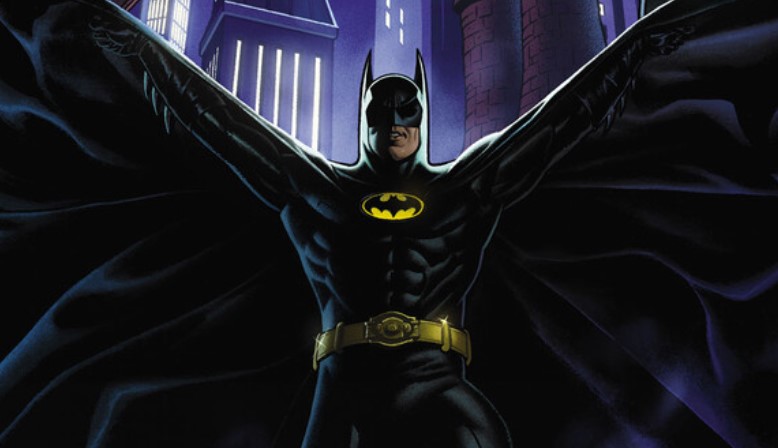 A lot of fans are excited for the return of Michael Keaton’s Batman in The Flash, but DC Comics had decided to continue Bat-Keaton’s story in the form of a comic that just recently launched.

Fans online have been talking about Batman ’89, a continuation of the “Burton-verse” Batman which brings back those versions of Bat-characters and as well as some cancelled concepts like Billy Dee Williams’ Harvey Dent and Marlon Wayans’ Robin.

Despite the limited series being announced in February, the comic has actually been a project of artist Joe Quinones for a while, and art had come out for it back in 2016. Here’s some more concept art shared by Quinones on the day of the comic launch:

Today’s the day! Issue 1 of #Batman89 is out now! Love this quote from @SamuelHamm. Here’s some looks at “Robin and Batman” https://t.co/lquzcy3w5y pic.twitter.com/0wlEW64GFG

As you can see, the series is trying its best to follow the 80s aesthetic of the original movie, and even tries to be more modern with its take on the property; like Harvey Dent having some racially charged issues that might eventually lead to his turn as Two-Face.

The series is gothic and kooky and should be a real treat for anyone who loved Keaton’s Batman growing up. This should also fill in some blanks when it comes to Keaton’s reprisal of Batman in the upcoming Flash movie. Hopefully there would be some references there from the comic, but I’m not really holding my breath for anything significant.

Batman ’89 No. 1 is now available; as for his return to the big screen, Keaton’s Batman appears in The Flash which hits theaters on Nov. 4, 2022.