The reviews for the new Justice League are in (well, leaked technically), and they’re… subpar. While the Rotten Tomatoes was supposed to withhold their critic score until the movie came out this Thursday, the score ended up leaking and it’s not a pretty sight to see.

It’s a sad thing to witness – Justice League has been one of the most anticipated films of the year. However, with the recent controversy surrounding the film, some fans want to tear the film down before they even see it. Luckily for them, the 48% Critic Score on Rotten Tomatoes is nearly doing is for them. 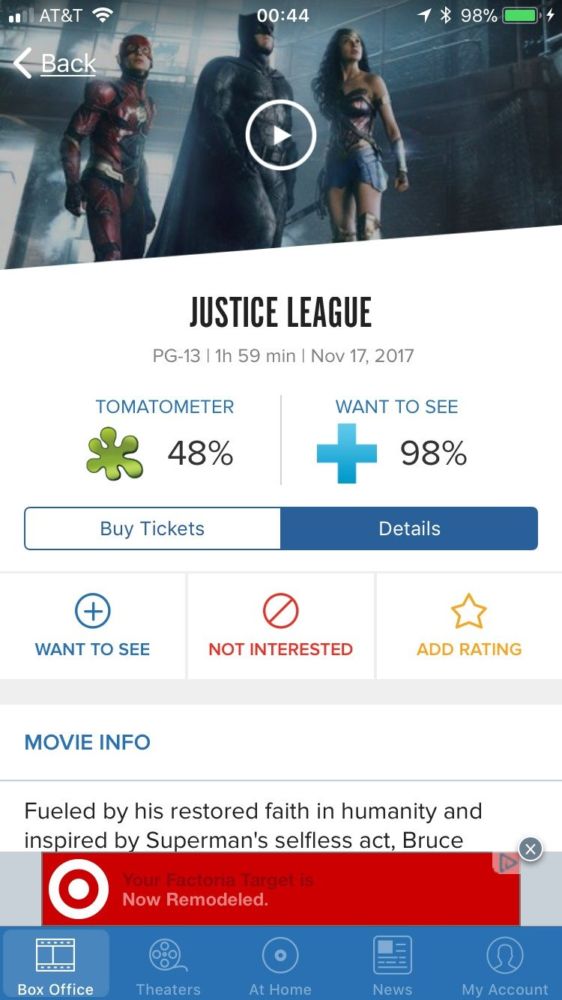 Entertainment Weekly has been quoted as saying that Justice League “is not as bad as Batman v Superman.” However, Vanity Fair came out and blatantly said that it was a “bad movie.” The 48% rating was spoiled when a Reddit user posted a screenshot of the lacklustre score.

The movie app, Flixster, also showed the score temporarily before being removed; it must be available through the site’s APIs. While the 48% rating is actually much better than the 26% and 27% ratings of Suicide Squad and Batman v Superman, it’s still abysmal, to say the least.

CGI is a big dispute among most, but looking forward to Justice League might actually be a home run for DC fans. If that’s true, it can be the only thing that matters in the end. After all, every movie based on a comic is bound to have an uphill battle, and Justice League is no different.